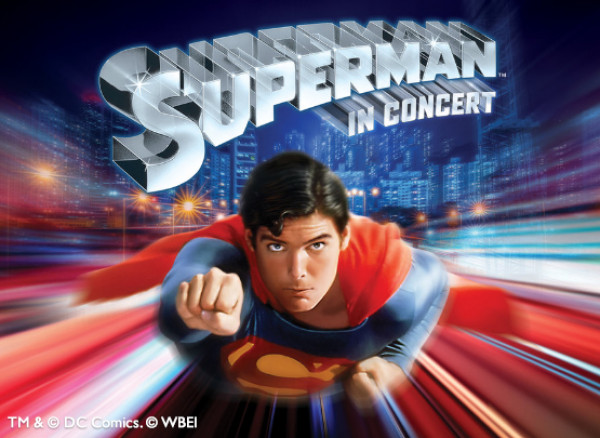 Donner’s beloved film adaptation relays the inspiring origins of Superman, from his narrow escape as an infant from the doomed planet Krypton, to his formative years on a farm in Smallville, Kansas, and finally to his arrival in Metropolis, where he leads dual lives as mild-mannered reporter Clark Kent and as the mythical ‘Man of Steel’.

Superman in Concert will see the film played in high-definition on the big screen, whilst John Williams’ triumphant original score is performed by the Royal Philharmonic Concert Orchestra live to picture.

SUPERMAN and all related characters and elements are trademarks of and © DC Comics. © 2021 Warner Bros. Entertainment Inc. All Rights Reserved.

The safety of our audiences is of paramount importance. Government guidelines and safety measures are followed at all the venues in which the Royal Philharmonic Orchestra performs to ensure that you are able to enjoy the performance in a safe, comfortable environment.