The story of the Royal Philharmonic Orchestra (RPO) is colourful and dramatic with a reputation worldwide for music-making of the highest quality. In 1946, Sir Thomas Beecham set out to create a world-class ensemble from the finest musicians in the country. Beecham envisioned an orchestra that would bring the greatest music to audiences across the world and, to this day, Beecham’s legacy lives on. Over the years, the RPO has become a byword for exceptional quality and versatility, undertaking a diverse range of activities from traditional concerts in concert halls to classical spectaculars and ‘cross-over’ concerts in arenas. The Orchestra is London-based and performs regularly at the Royal Albert Hall, Cadogan Hall and Southbank Centre’s Royal Festival Hall, as well as undertaking a busy schedule of UK concerts, international tours, recordings for CD, film and television, and community and education work.

The Royal Philharmonic Concert Orchestra (RPCO) was formed in 1987 and has built up an international reputation in its own right. Performing in the major concert halls and concert venues in the UK and around the world, from China and the Far East to North and South America, the RPCO is known for its versatile programming of classical, light classical and popular music. The RPCO is regularly seen working with renowned artists in the worlds of classical music, pop music and the West End musicals. Recent appearances range from Ant and Dec’s Saturday Night Takeaway for ITV and live performances to the screening of iconic films at the Royal Albert Hall, to an Elgar celebration concert in the composer’s home town of Malvern and tours to destinations as far afield as Gabon, Russia and China. 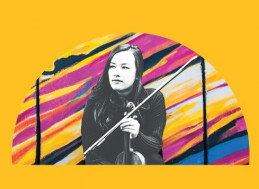