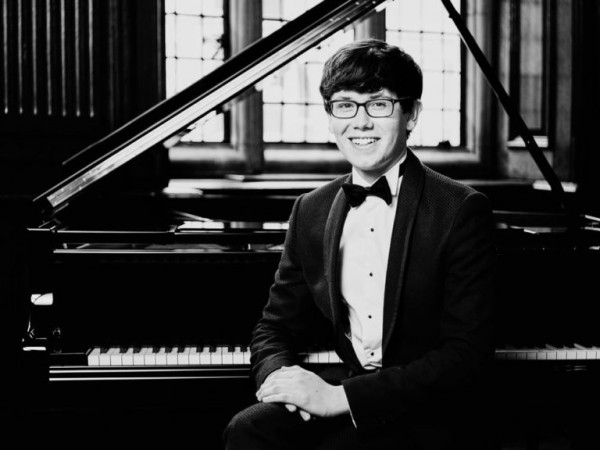 The Orchestra is joined by the BBC Young Musician Of The Year, and two 2019 Hastings Piano Competition Prize winners: 2019 Winner Fumiya Koido and 2019 Prizewinner Sylvia Jiang.

Fumiya Koido was born in Kamaishi City, Iwate Prefecture in 1995. After graduating from Morioka Daiichi High School, he entered Toho Gakuen School of Music Piano Department as a scholarship student in 2014. He performed in the graduation concert and the concert before the Emperor at Tokagaku-do in the Imperial Palace. Currently Koido is in the first year of the soloist diploma course at Toho Gakuen School of Music. Fumiya is the winner of 2019 Hastings International Piano Concerto Competition.

Sylvia Jiang is a young pianist from New Zealand who is currently studying with Robert McDonald at the Julliard School. She has won top prizes at a numerous national and international competitions and has performed as a soloist with the Royal Philharmonic Orchestra, Music Academy of the West, and Queensland Symphony and Aotea Youth Symphony. Sylvia was a prize-winner at the 2019 Hastings International Concerto Competition.