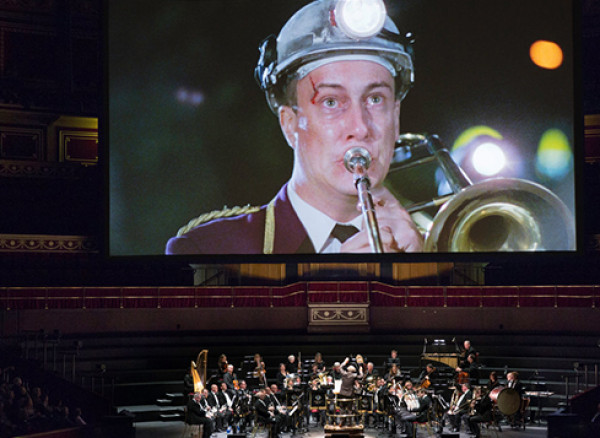 The classic British film Brassed Off returns to the Royal Albert Hall for a special screening with live accompaniment by the brass band that inspired the story.

The beloved Films in Concert version comes back where it all began after selling out its world premiere here in 2017 and playing to packed houses on a national tour.

This 1996 bittersweet comedy-drama, written and directed by Mark Herman, stars the late Pete Postlethwaite as Danny, the devoted leader of the Grimley Colliery Band, who is determined to show the Tories ‘we are not defeated’. Tara Fitzgerald, Ewan McGregor, Stephen Tompkinson, Sue Johnstone and Jim Brown are just some of the stand-outs in an impressive ensemble cast.

Relive a piece of British cinema history as the Grimethorpe Colliery Band and members of the Royal Philharmonic Concert Orchestra (RPCO) under the baton of Ben Palmer perform the score live alongside the film on the big screen, at the iconic venue at the film’s heart. Plus, a Q&A with special guests to be announced.