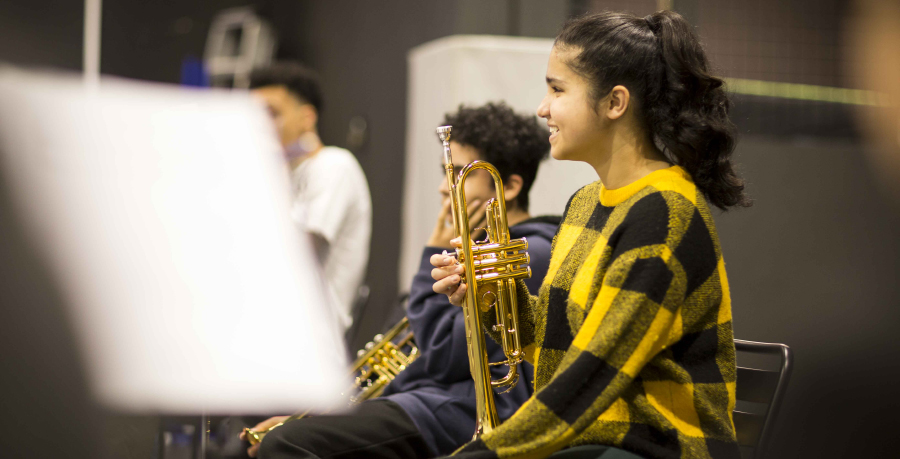 Most pupils want the chance to learn a musical instrument, a poll for the Daily Express's Strike A Chord crusade discovered.

Research by the Royal Philharmonic Orchestra revealed that 85 percent are keen to make music part of their education. It also revealed that children’s access to music is vital for developing greater inclusion and equality across society.

The Strike A Chord crusade wants music education transformed after it emerged that free or subsidised lessons have disappeared from many state schools. Numbers sitting A-level music have almost halved since 2010. Children’s interest in learning an instrument drops from 90 to 58 percent between the ages of 11 and 17. For orchestral instruments the fall was steeper – 70 to 30 percent in six years.

The National Plan for Music Education unveiled by ministers last month was broadly welcomed by industry bodies but most insist it is “only the start” of turning around the ailing topic.

“We are passionate about music’s power to create a more equal and inclusive society, but this starts in the classroom.

“Children from more diverse backgrounds must be given the opportunity to learn an instrument and discover the genre.

“The recent pledge by the Government to make a multi-million pound investment into music education was a step in the direction but it will impact tens of thousands of students not millions.

“We need to see music treated more seriously as a GCSE and A-level subject and for children of all regions and backgrounds to have the same opportunities. The talent must be nurtured to populate tomorrow’s bands and orchestras, and we must never forget that music is one of Britain’s greatest commercial exports.”

The desire from our children to explore and learn about music at a time of national crisis was significant in so many ways.

It underlined the universal reach of orchestral music; it demonstrated the power of creativity to counterbalance worries and menace at a time of crisis, and it allowed us to express feelings and emotions we cannot articulate with words...

But accelerating progress here depends on work starting in the classroom.

A sustained commitment to equality, inclusion and diversity needs to address the underlying issues of access to music and music education across the UK.

Significant investment is required now more than ever, if we are to drive meaningful change and secure the future of music and the music industry in the UK.