From Paris to New York Part One 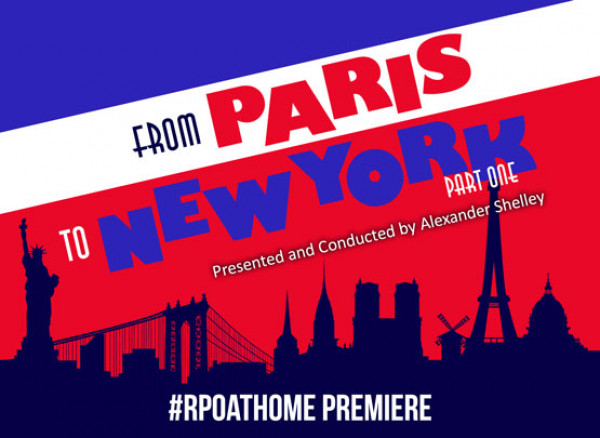 Preceded by a Live Q&A on YouTube from 3.30pm with RPO musicians: Benn Cunningham (Double Bass), Emer McDonough (Flute) and Sonia Sielaff (Clarinet)  – join us to put your questions about the music and performance to the players.

There is no denying the beauty and grandeur of Paris and New York. Not only are they wonderful destinations but the cities have played extremely significant roles in the nurturing of classical music, influencing composers and artists alike, and indeed inspired this magnificent performance from the Royal Philharmonic Orchestra which you can now enjoy in the comfort of your own home.

In Part One of From Paris to New York, Principal Associate Conductor Alexander Shelley opens the concert with Weill’s Suite from The Threepenny Opera, which is filled with the jazz-infused zeal of the 1920s. Ravel’s Piano Concerto in G major perfectly combines the traditions of French orchestral music, hinting at Satie and Saint-Saëns, with flavours of nightclub jazz, alongside beautiful extended melodies. Peter Jablonski gives a sublime performance: ‘Jablonski’s playing had sparkle and fiery attack… In his hands the endless melody of the slow movement sounded objectively poised, never over-sentimentalised.’ The Telegraph

Click the Book Now button to go to our channel to set a reminder!

Click here for details of Part Two which premieres on 18 February.

Watch the trailer for part one now!