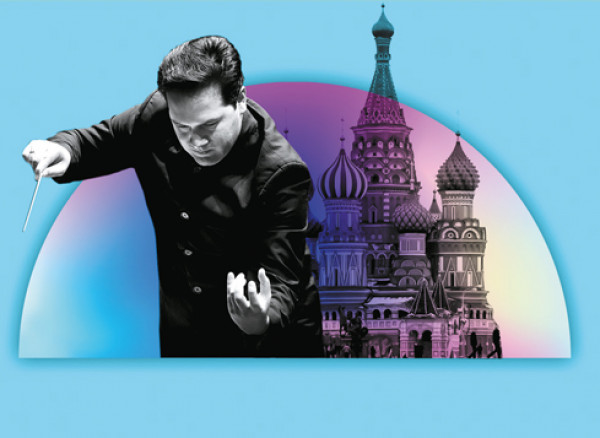 Conductor Robert Trevino directs the Royal Philharmonic Orchestra in the opening concert of its 2019-20 Series at Southbank Centre’s Royal Festival Hall. Opening with Mussorgsky’s Prelude from his unfinished opera Khovanshchina, the composer sets a cold morning scene with shimmering strings in Russia’s capital. Rachmaninov’s Piano Concerto No.3 continues with impressionistic imagery, commanding an unparalleled virtuosic power in the piano’s flourishing displays of melodic passion and sensitivity.

Shostakovich’s Symphony No.5, written in mid-1937 when Stalin’s paranoia and insecurity was at a fever pitch, proved a triumph for the composer, much to his relief. There is a tangible anxiety felt in all sections during the first movement, especially the strings, which develops in tone to form an invigorating final movement, lauded by his contemporaries for fulfilling a militaristic Soviet ideal. Whether Shostakovich truly capitulated to the demands of the era remains debated to this day.