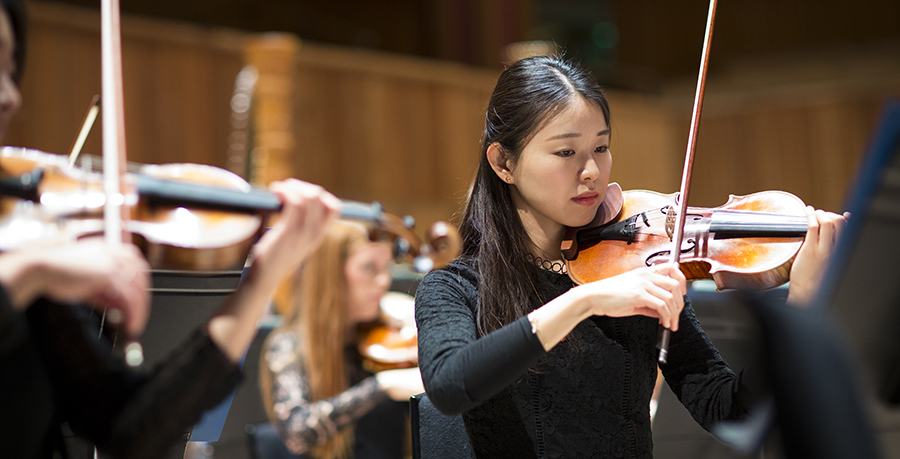 As the country prepares for summer festival season, new research from the Royal Philharmonic Orchestra (RPO) reveals a significant rise in the number of people that want to broaden their horizons and learn about new genres of music this summer - up from 62% to 78% since 2018.

The research contrasts current views to life before the pandemic - and the results suggest the period of lockdown and restrictions has fuelled a new sense of adventure with music, previously unmatched. At a crucial time for the rebuilding of the music industry - which was reportedly worth 5.8bn to the UK economy before COVID, plunging by 46% to £3.1bn[1] post-pandemic - the RPO asked a representative sample of 2,000 adults about their appetite for a musical adventure - specifically, whether there were any genres of music they would like to discover or learn more about during the year.

Who's behind the orchestral revival?

For many, the desire to broaden music horizons today is a result of people adapting and finding different ways to connect with music during two years of COVID. During this time, RPO research found that music featured in almost all of our homes during the period of home isolation (94%), with a quarter of adults saying they listened to significantly more radio than before (23%). Nationally, one in nine respondents (11%) said they had maintained their connection with the concert hall through online broadcasts and videos of artists performing from home, with 12% of people saying they had spent time in lockdown reading about a particular musical interest or artist.  During the lockdown era, the Royal Philharmonic Orchestra’s website experienced increased traffic of 290% with engagement on its social media channels up 755%, as more people went online to connect with recorded music, live performance and educational resources.

"For everyone in the arts, the lockdown era threw up unprecedented challenges that threatened the very existence of the sector. As we set about the task of rebuilding for the future, it is enormously positive to note the public's passion to explore and discover new music. Recorded music consumption grew in the UK last year[2]  and many are predicting a golden age for live music as festival season begins.[3]  It all starts, though, with people wanting to discover new music; to learn about new things and to experience the sheer joy of a live concert performance.

From our new data, the allure of orchestral music has never been greater. At the RPO, we have worked hard for some years to broaden the definition of the genre to maximise appeal and make it welcoming to people from all walks of life. Whether people's entry point is a night of film music, a Vaughan Williams symphony, or whether its new programming designed to appeal to the gaming community, we aim to offer something for everyone. Our ticket offers and long-standing heritage as a British orchestra that plays extensively in the regions helps us to maximise the opportunity for the broadest possible audience to discover the joy of orchestral music. From our study, it is clear the public appetite for orchestral discovery is there, it is now down to orchestras to deliver the programmes that present the repertoire in a contemporary and inclusive fashion. For the RPO that defines the difference between classical music and orchestral music for the modern age."

"Reflecting the public appetite to explore new genres of music, the RPO's new 2022/3 season is called 'Journeys of Discovery.' From the autumn we will explore what it means to be human, what our hopes and dreams are - and what our place is in the world. These are fundamental questions that people have pondered for centuries and composers have attempted to answer through music. For our new season, audiences can join us on a journey through the facets of the human character with music as our guide."

For more information about our Journeys of Discovery concert series click the button below:

[2] Music Week: Recorded music consumption in the UK increased by 2.5% year-on-year in 2021, with 159.3 million albums or their equivalent either streamed or purchased across all formats