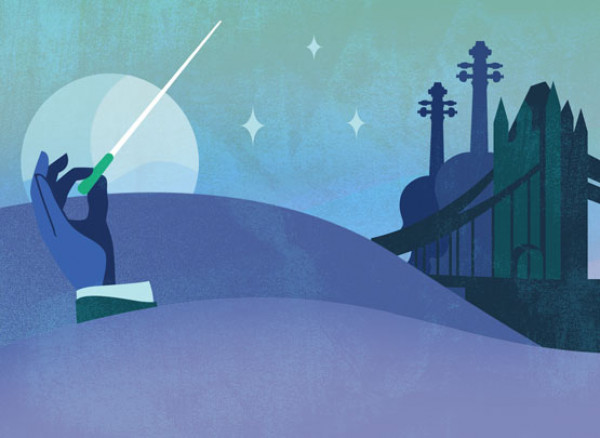 Boris Giltburg joins the Royal Philharmonic Orchestra and Vasily Petrenko for Beethoven’s fifth and final piano concerto, popularly known as the Emperor – a majestic masterpiece, remaining the composer’s best-known and most frequently performed piano concerto. This is a chance to see the celebrated and long-standing artistic partnership between Giltburg and Petrenko which has spanned decades both on stage and screen.

Written in the shadow of the impending Great War, Ralph Vaughan Williams’ Second Symphony reminds us of the precarious nature of personal freedom, while at the same time inspiring hope for a brighter future.

Elgar described the late-19th-century British composer Samuel Coleridge-Taylor as ‘far and away the cleverest fellow going amongst younger men.’

The Song of Hiawatha is a trilogy of cantatas based on a poem by Henry Wadsworth Longfellow and relating the adventures of the titular indigenous American.

The elegiac and expansive Overture reminds us of the talents of this once lesser-performed composer.