The last leg of the Royal Philharmonic Orchestra's tour to the USA along the East Coast topped off an ambitious project that involved months of planning, with the logistics of nagivating changing pandemic restrictions to move 80 players from the UK to California, to Orlando and finally New York. With the final concert in Carnegie Hall, we had completed the first major tour to the USA by any international orchestra since February 2020.

Read on to see photos and reactions from our concerts in New York, New Jersey and Virginia.

It was bitterly cold when when the Orchestra arrived in Virginia for the concert in Fairfax's Center for the Arts. 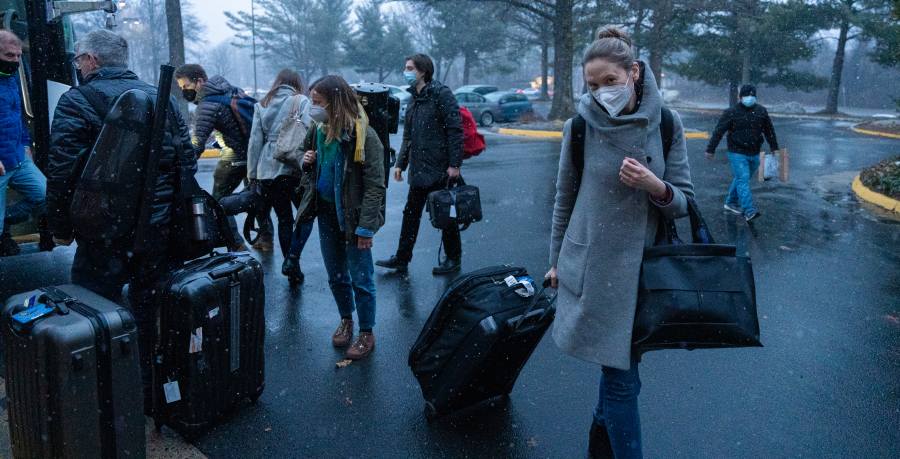 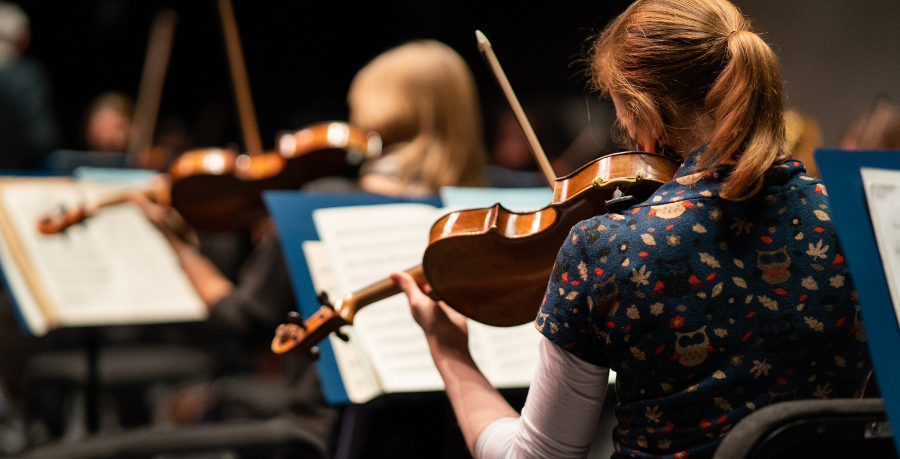 We had clear skies for our afternoon concert in New Jersey's State Theatre! 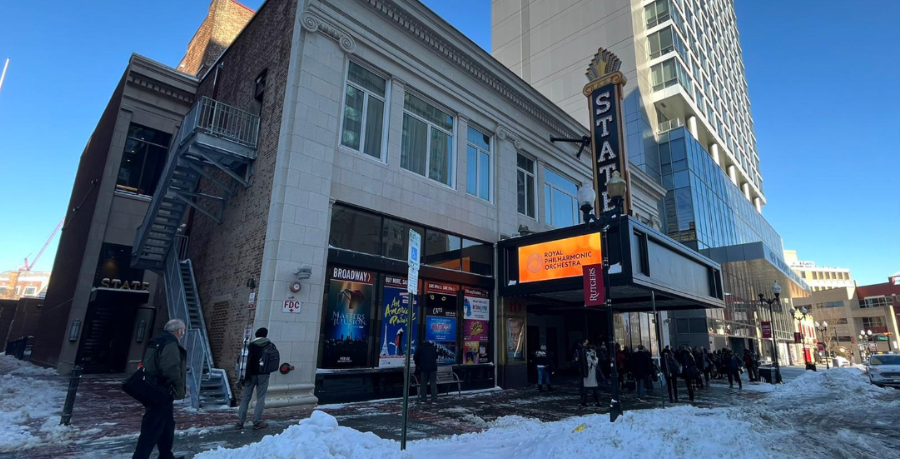 We’ve battled through the snow to reach the penultimate concert of our tour this afternoon @StateTheatreNJ! #RPOonTour pic.twitter.com/m8j7rUxXsT 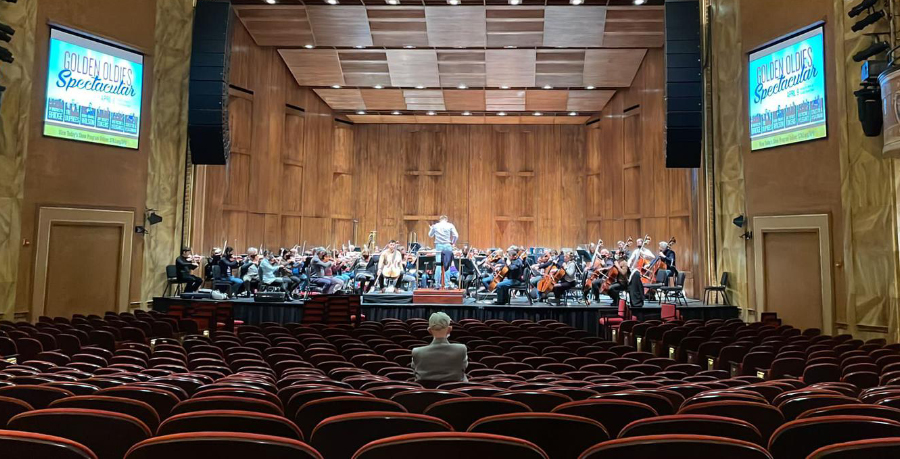 It was a historic moment for the Royal Philharmonic Orchestra as they returned to Carnegie Hall for the first time in 25 years, performing an all-British programme of music by Britten, Elgar and Holst with Music director Vasily Petrenko. The concert was given in honour of Lilia Bloom.

Our players enjoyed taking the opportunity to see the sights around the Big Apple. 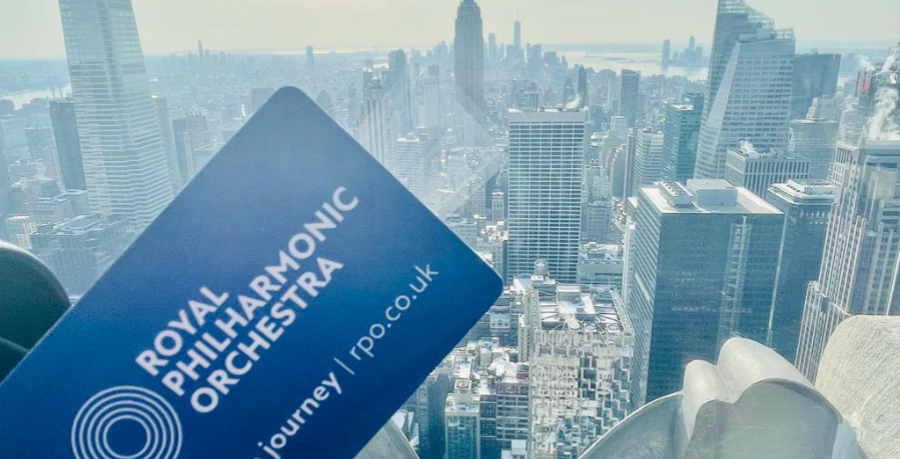 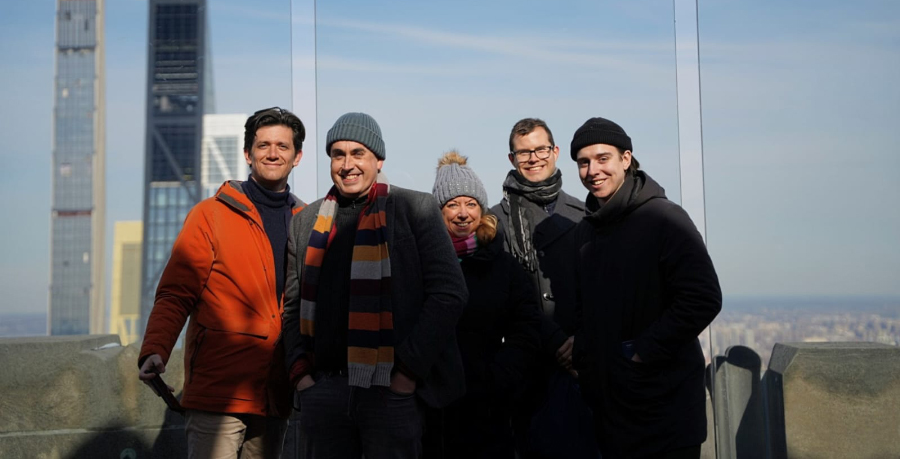 We’re enjoying the chance to see the sights and getting ready for our concert in @carnegiehall tonight ? pic.twitter.com/tVAxkE5oIG

It was time to start rehearsing! 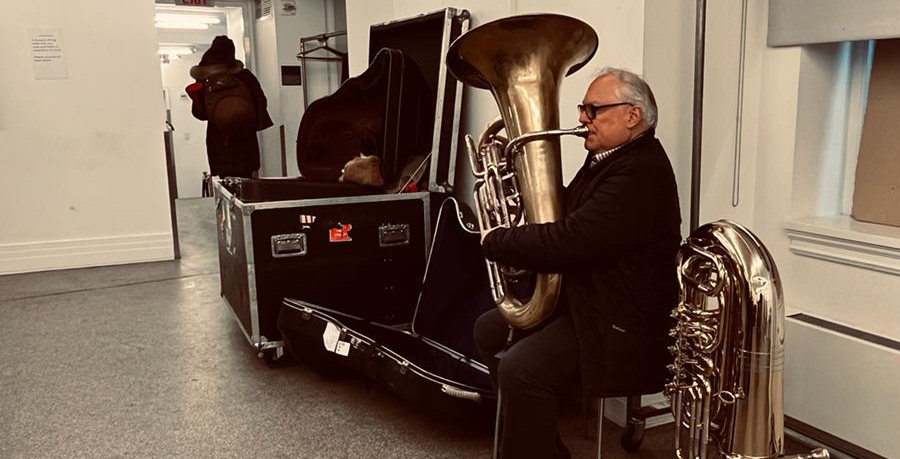 Wonderful few days with the @rpoonline USA tour which culminated with a brilliant concert last night at Carnegie Hall. A privilege to work with such a welcoming and talented group of musicians! pic.twitter.com/zyMRSf0mYp 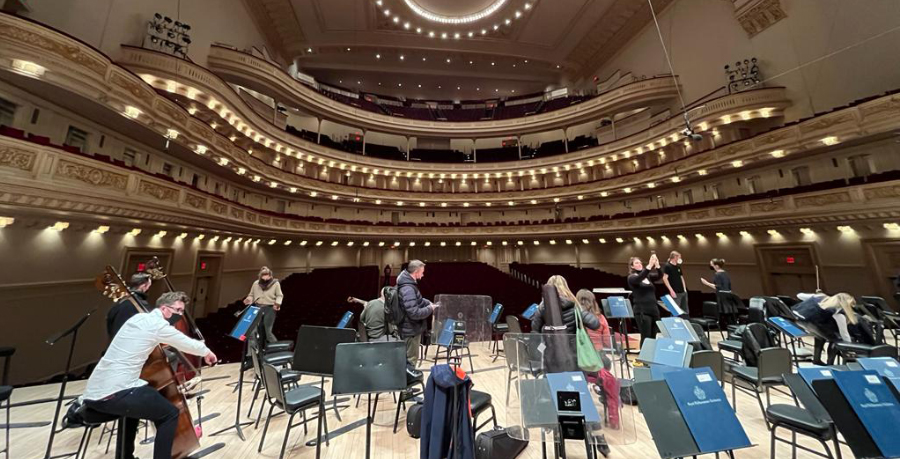 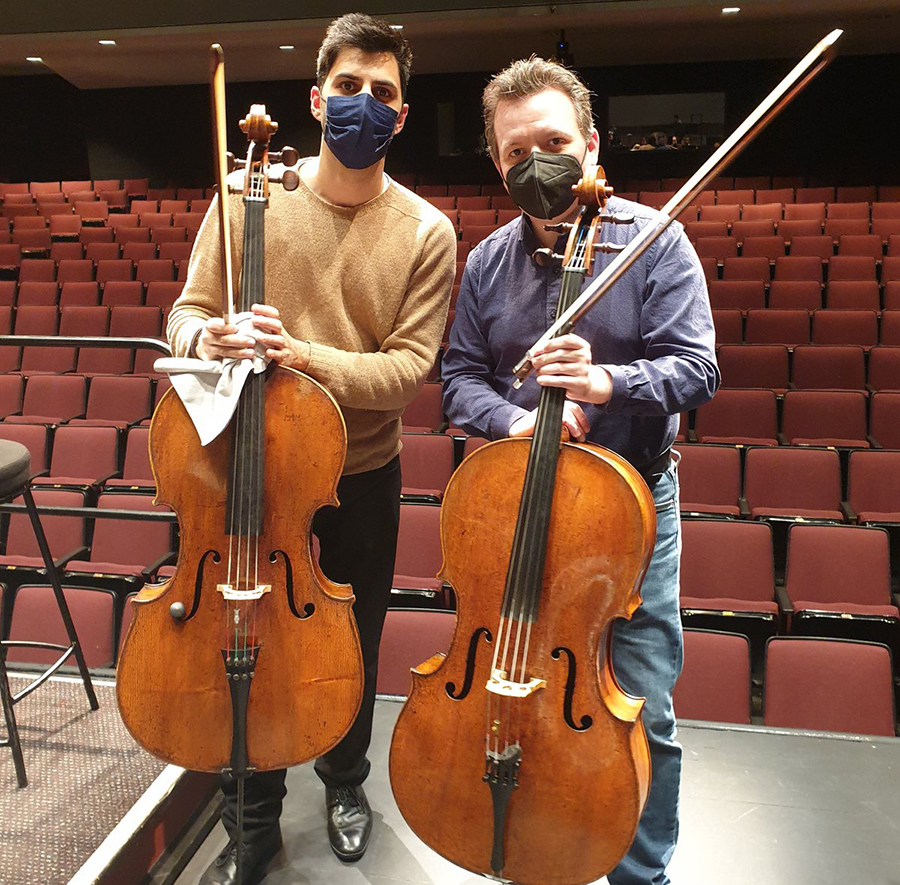 With Kian Soltani, his Stradivarius from 1694, & the Francesco Rugeri I play from 1692. Both made in Cremona. I wonder whether Strad and Ruge met up for a pint every so often.?
Amazing stamina for Kian to rehearse Shostakovich & Elgar without a break this afternoon.?#RPOonTour pic.twitter.com/P0u9qZ9whI 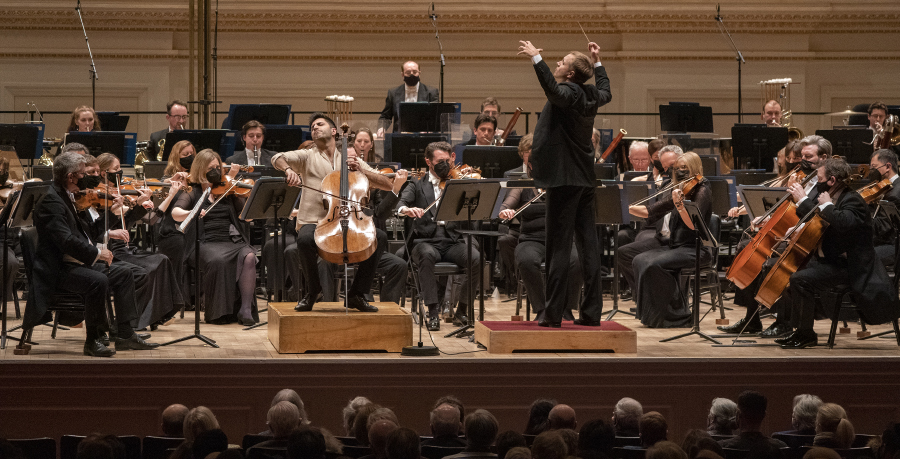 “A landmark arrived on Monday evening, however, when the Royal Philharmonic Orchestra of London became the first international orchestra to appear at the hall since the Orchestre Révolutionnaire et Romantique on Feb. 24, 2020...

“The cellist Kian Soltani, the soloist in the Elgar, played with buttery understatement and intimacy, and considerable wit in the Lento. It speaks to his collegiality that his encore included five of the orchestra’s cellists in his arrangement of an excerpt from Shostakovich’s film score for “The Gadfly.”
New York Times 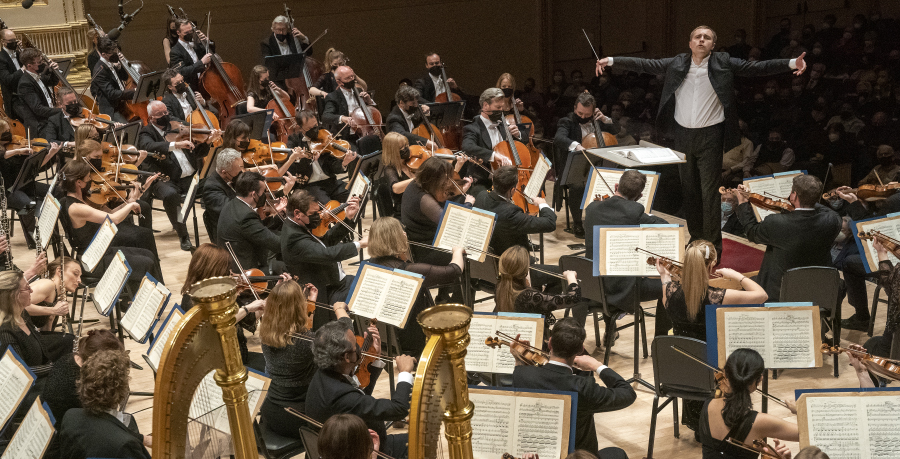 “The Planets, after intermission, was an unalloyed joy – I was grinning so widely at times that I wondered if I were compromising the seal on my mask! The clarity of texture that marked the Britten was evident here, too, in remarkable detail; I heard inner lines that I have never heard before. The RPO took full advantage of Carnegie Hall to display Holst’s orchestrations as a riot of colour.”
Bachtrack A milestone: with a rousing concert, the ⁦Royal Philharmonic Orchestra (⁦@rpoonline⁩) becomes the first international orchestra back ⁦@carnegiehall⁩ since the pandemic pic.twitter.com/dsAhwfnQLC

“The excellent players in the RPO can make all the requisite polished sounds, but what was most impressive was how the orchestra, under Petrenko, managed the blend and balances between instruments and groups. It’s one thing for a composer to score a line for high strings and flutes, quite another for an orchestra to play it in such a way that these are on the fine line of inseparability that produces a sense of marvel and wonder in the mind and heart.”
New York Classical

Our players couldn't miss the opportunity for a photo in the historic Big Apple venue! 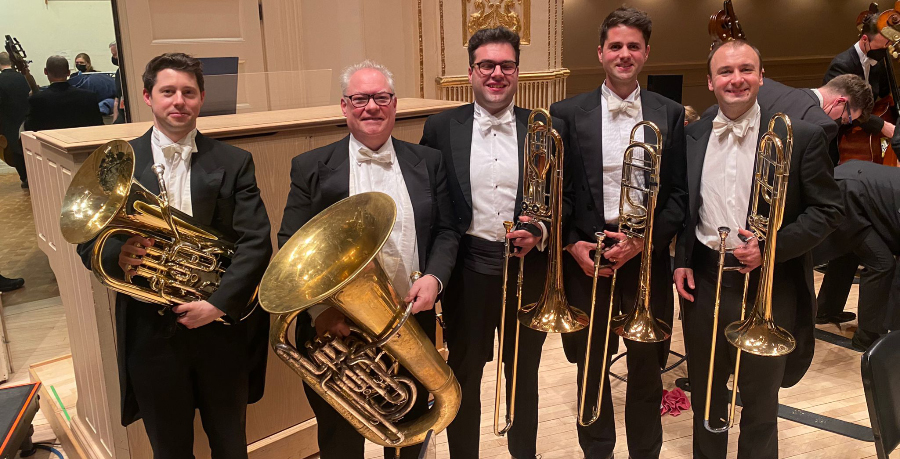 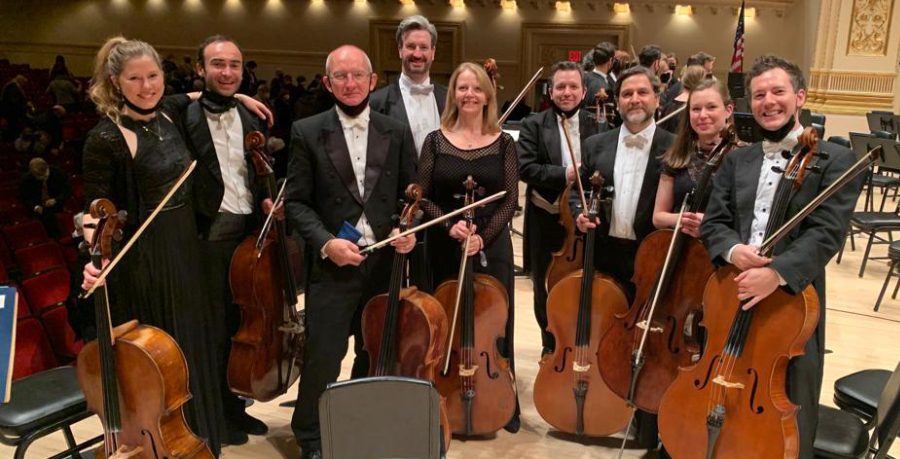 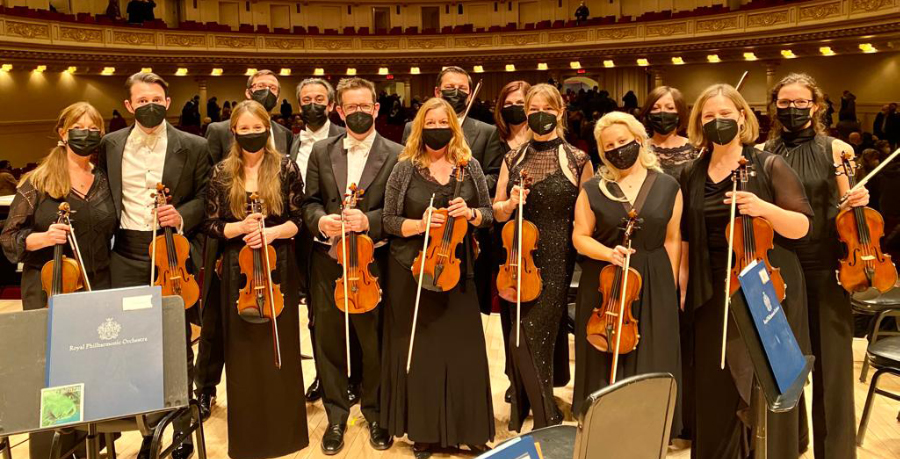 Thank you to all who joined us along the way for what proved to be a very special tour for the Orchestra in our 75th anniversary season.