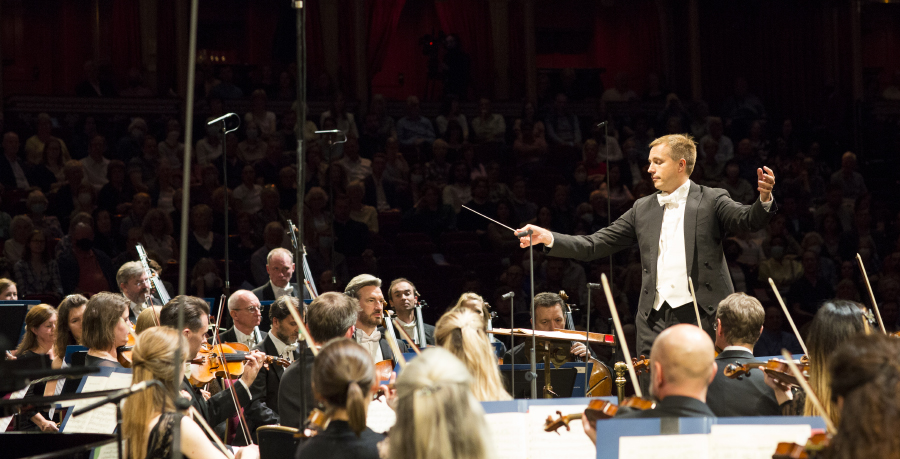 The Royal Philharmonic Orchestra is delighted to be returning to the USA for the first time in two years for a coast-to-coast tour in January 2022, for a grand total of fourteen concerts in nine venues across the country.

Taking place during our 75th anniversary, the tour will also be the first of such a scale with Vasily Petrenko since he took up the role of our Music Director in August 2021. Remarking on how important touring the USA is for the Orchestra, Managing Director James Williams said

“The RPO’s tour to the USA in January will mark the Orchestra’s first concerts on US soil with its new Music Director Vasily Petrenko. The RPO has, since its inaugural tour to the US under the baton of its founder Sir Thomas Beecham in 1950, always enjoyed great success and affection amongst US audiences. As RPO celebrates its 75th Anniversary this season, it is particularly exciting to be sharing internationally this new and vibrant artistic partnership between the Orchestra and Petrenko.” 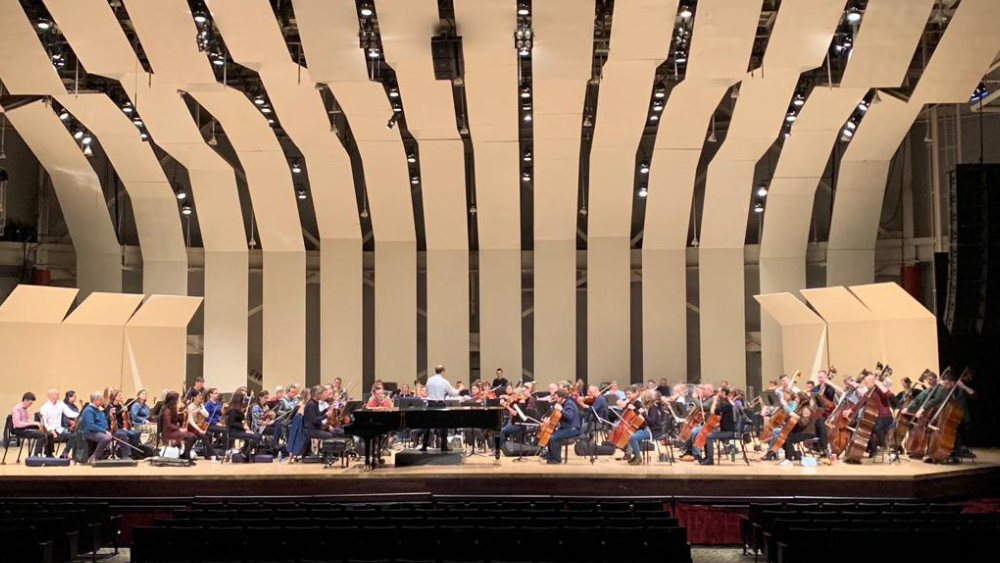 Mark Wigglesworth conducted the RPO at the Tilles Center, NY, on our tour previous tour to the USA in January 2020.

Starting in Santa Barbara, California on 11 January, the tour opens with a performance of Elgar’s Enigma Variations in the Granada Theatre. Joining us for Tchaikovsky’s Piano Concerto is pianist Olga Kern, who last performed with us in January 2020 in Charleston. Having recorded Tchaikovsky’s Piano Concerto with Harmonia Mundi to great acclaim, she also has a long history with the Orchestra, having made her London debut in 2006 and BBC Proms debut in 2008 with us.

The Orchestra will continue to tour the Golden State alongside Olga with concerts in Palm Desert, Northridge, Costa Mesa and finally Davis on 15 January before the Orchestra sets off eastwards the day after to land in Florida.

We are thrilled to take up residence in the Dr Phillips Center for the Performing Arts in Orlando, the first of its kind for the RPO. Commemorating the opening of the newly-built Steinmetz Hall, the ribbon will be cut on 14 January, and on 19 January we start our week-long residency that features performances alongside Leon Bridges, Jennifer Hudson and the Royal Ballet, and performances of Beethoven’s Symphony No.9 and Duke Ellington’s Black, Brown and Beige.

The RPO then flies across to Virginia, performing in Fairfax on 29 January, before travelling up to New Brunswick, NJ, the day after. Cellist Kian Soltani will perform cello concertos by Elgar and Shostakovich for this eastern leg of the tour under the baton of Vasily. Previously RPO Artist-in-Residence in 2019, Kian has been hailed as a rising star in the classical world. His last performance with the Orchestra back in November 2019, playing Prokofiev’s Sinfonia Concertante in Cadogan Hall, was hailed by Bachtrack for “its combining incredible lyricism with breathtaking precision in the rapid-fire passages.” 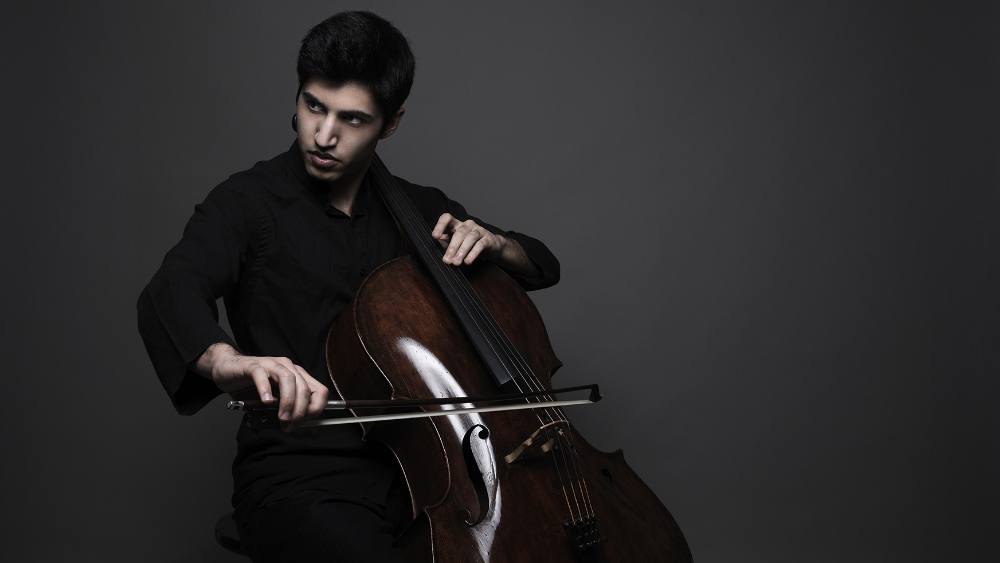 The tour’s grand finale will take place in Carnegie Hall in New York – our first visit to the landmark venue in over 25 years. With a programme of music by Holst, Elgar and Britten, it is hard to imagine a concert that could better represent the power of British orchestral music abroad. This special concert is held in honour of Lilia Bloom.

The RPO’s Tours Manager Dawn Day said in anticipation of the tour:

"Since the Orchestra’s last visit to the United States in January 2020, it hardly needs to be said that much has changed with the limitations, cancellations and rescheduling of much of the Orchestra’s performances less than two months after our last visit across the Atlantic. Reflecting on the previous tour and the difficulties of the last two years since, our players were hopeful for a tour that would leave a lasting impression." 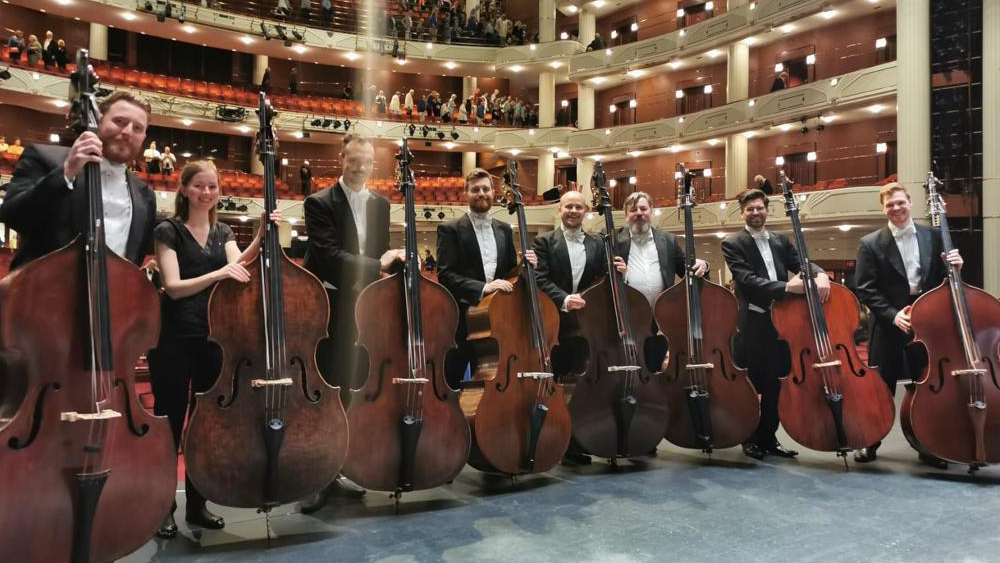 The double bass section at the Kravis Center for the Performing Arts, West Palm Beach, FL.

Sub-Principal Flute Jo Marsh explained why she loves touring across the Atlantic:

“My absolutely favourite place in the whole world to tour with the RPO is the USA. This will be my fourth tour there with the Orchestra. It feels like the whole world in one country - just so vast and varied. There’s nothing I like more than getting on the coach, sometimes for hours, as we head to the next concert venue, popping my headphones on to listen to something and to settle back to enjoy the scenery. It never fails to inspire me; the skyscrapers in New York, the San Jacinto Mountain range surrounding Palm Springs, the beautiful Pacific coastline from LA up to San Francisco. I count myself unbelievably lucky to have had the opportunity to see these breath-taking sights.”

You can see the full schedule for the US tour here. 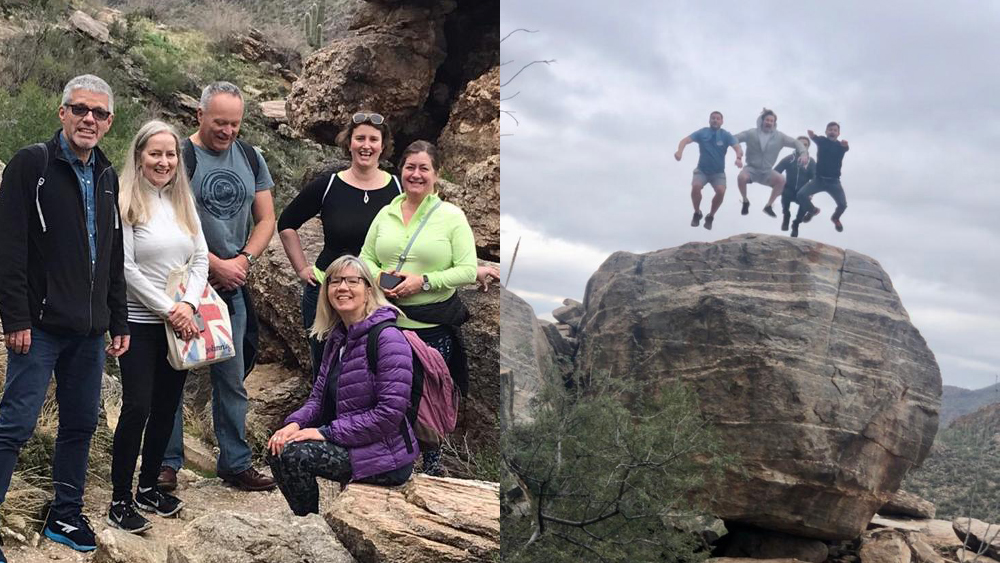 Our musicians enjoying time off between concerts in California and Arizona.