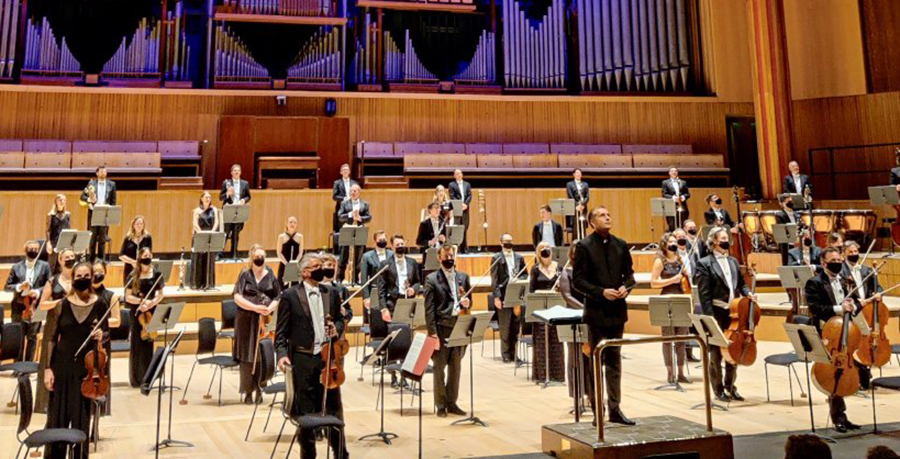 As we look ahead to the Royal Philharmonic Orchestra's Great British Music series with Vasily Petrenko, our musicians reflect on their favourite memories of performing with Vasily before and during the pandemic, and what they look forward to during his upcoming tenure as Music Director. 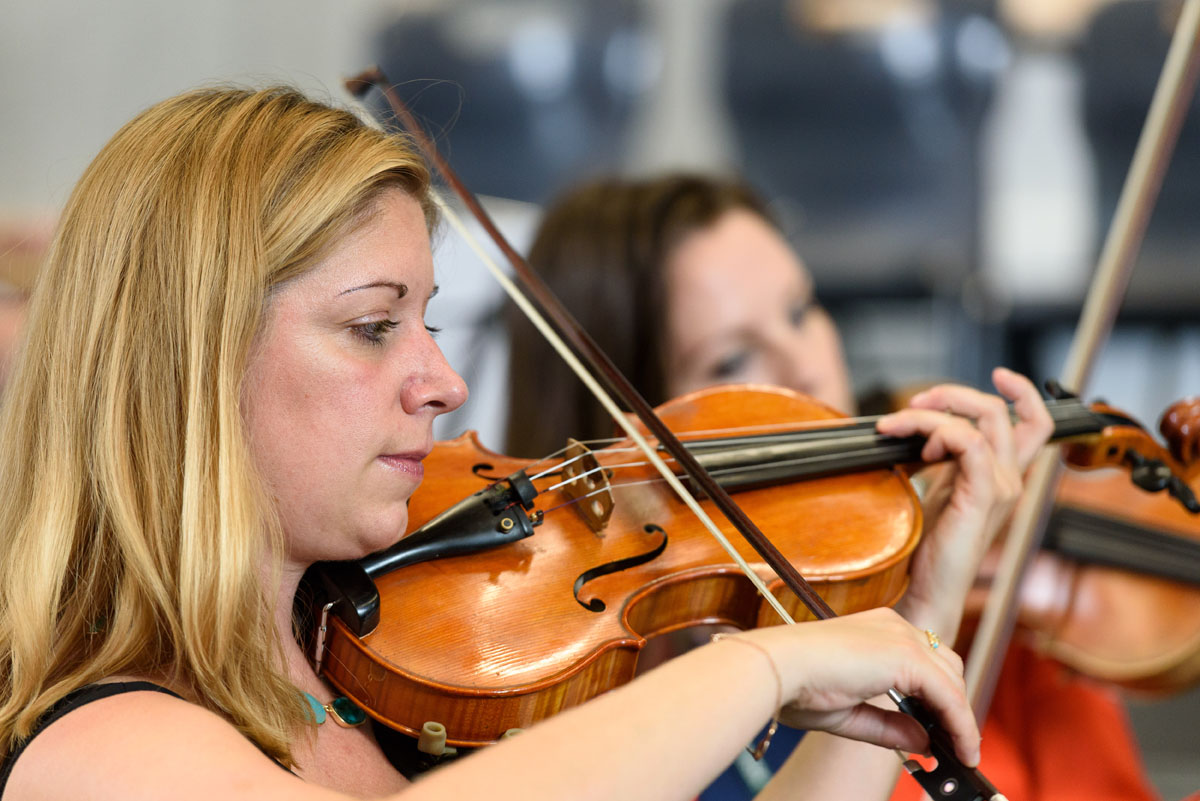 “Looking back, our work with Vasily Petrenko at the Royal Albert Hall during the pandemic really was quite an achievement! I remember feeling so excited to be back at the Hall, finally playing some full-scale orchestral works after so many months, and of course seeing all of my wonderful colleagues.

Vasily was incredibly impressive, especially the way he dealt with the vast amount of space between everyone due to the necessary social distancing rules – the brass and percussion must have been half a mile away at least! It was a challenging but very worthwhile project and I think everyone will always remember how adaptable and supportive Vasily was during such difficult times.

I just can’t wait to be squashed onto a crammed stage, with no distancing in place, unmasked and with an epic symphony in front of me! I know that we have a really exciting future ahead of us with Vasily and the RPO will just go from strength to strength.” 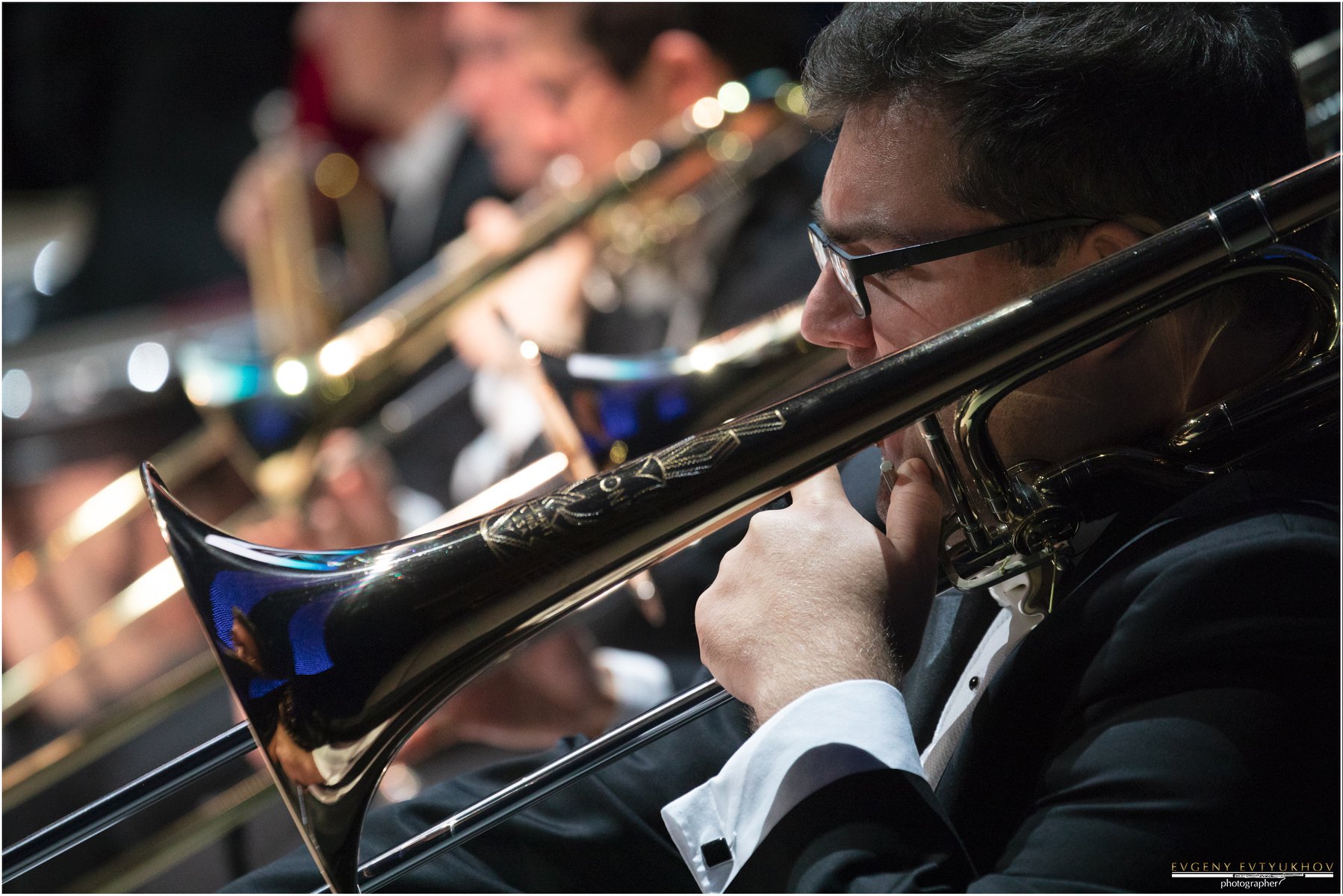 “As Vasily and the Orchestra reunited for the first time since March 2019 for our streamed performances, he brought an immense feeling of excitement and anticipation.

Social distancing while performing has brought some real challenges, but Vasily’s world-class musicianship has helped break down these invisible barriers and create some really special performances.

Petrenko’s arrival has created a distinctive buzz around the musicians, the forthcoming season with him looks truly epic - particularly the English choral works such as Walton’s Belshazzar’s Feast on 21 September; beginning his partnership with the RPO in a magnificent fashion.” 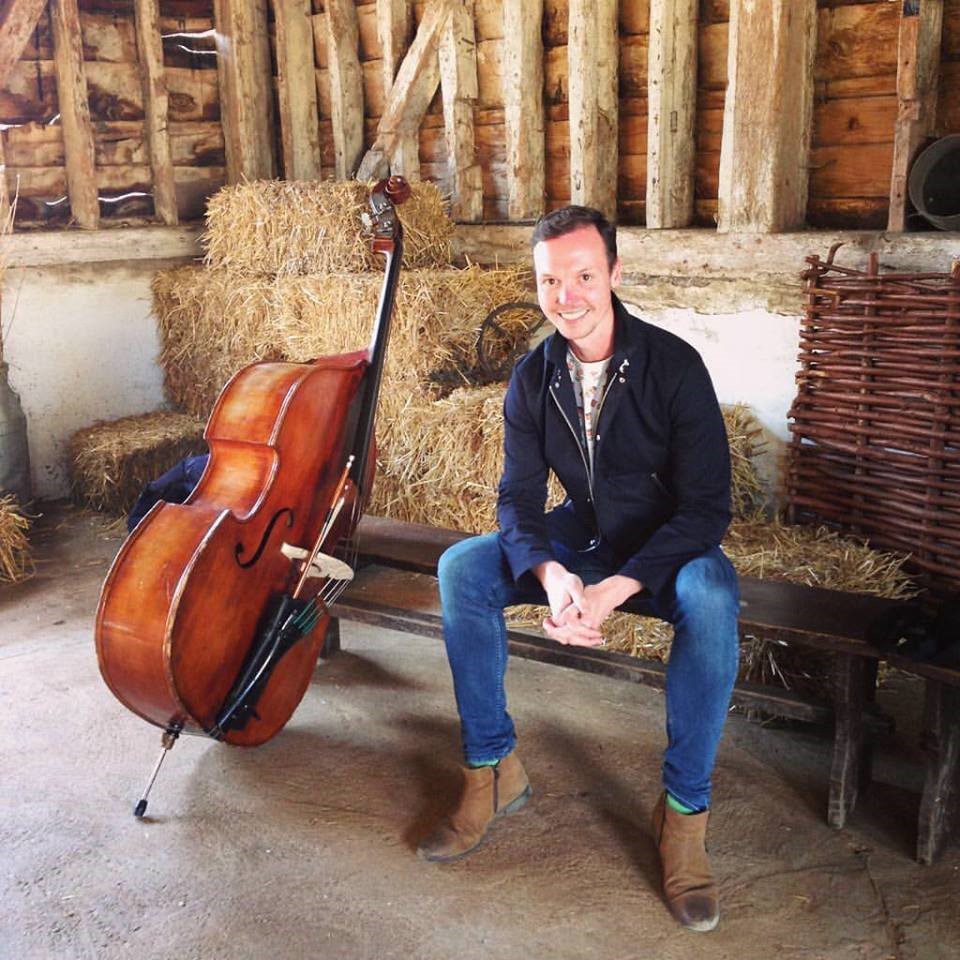 “I’ve long been a Vasily Petrenko fan and was delighted when we got the news that Vasily was going to be our next Music Director. I’m from Liverpool originally and my very first teacher was a bass player in the Royal Liverpool Philharmonic Orchestra (RLPO), so I watched the Vasily effect take shape there. He transformed that band and really lit a fire up there in Liverpool. Exciting stuff.

Streaming concerts is challenging, to say the least. Live orchestral music lives and breathes in the moment, with an audience and an atmosphere that is created by the people in the room together. But Vasily took on the challenge with his usual exacting standards, sense of humour and musical vision. It will be great to have those recordings to look back on in the future.

I remember seeing Vasily conduct an Elgar symphony at the BBC Proms with the RLPO and being blown away by the interpretation: a vast, sweeping, luscious reading which firmly put English orchestral music in the same wheelhouse as the great German late-romantics such as Strauss. As such, I’m dying to get stuck into Walton and Britten with him… it’ll be epic!” 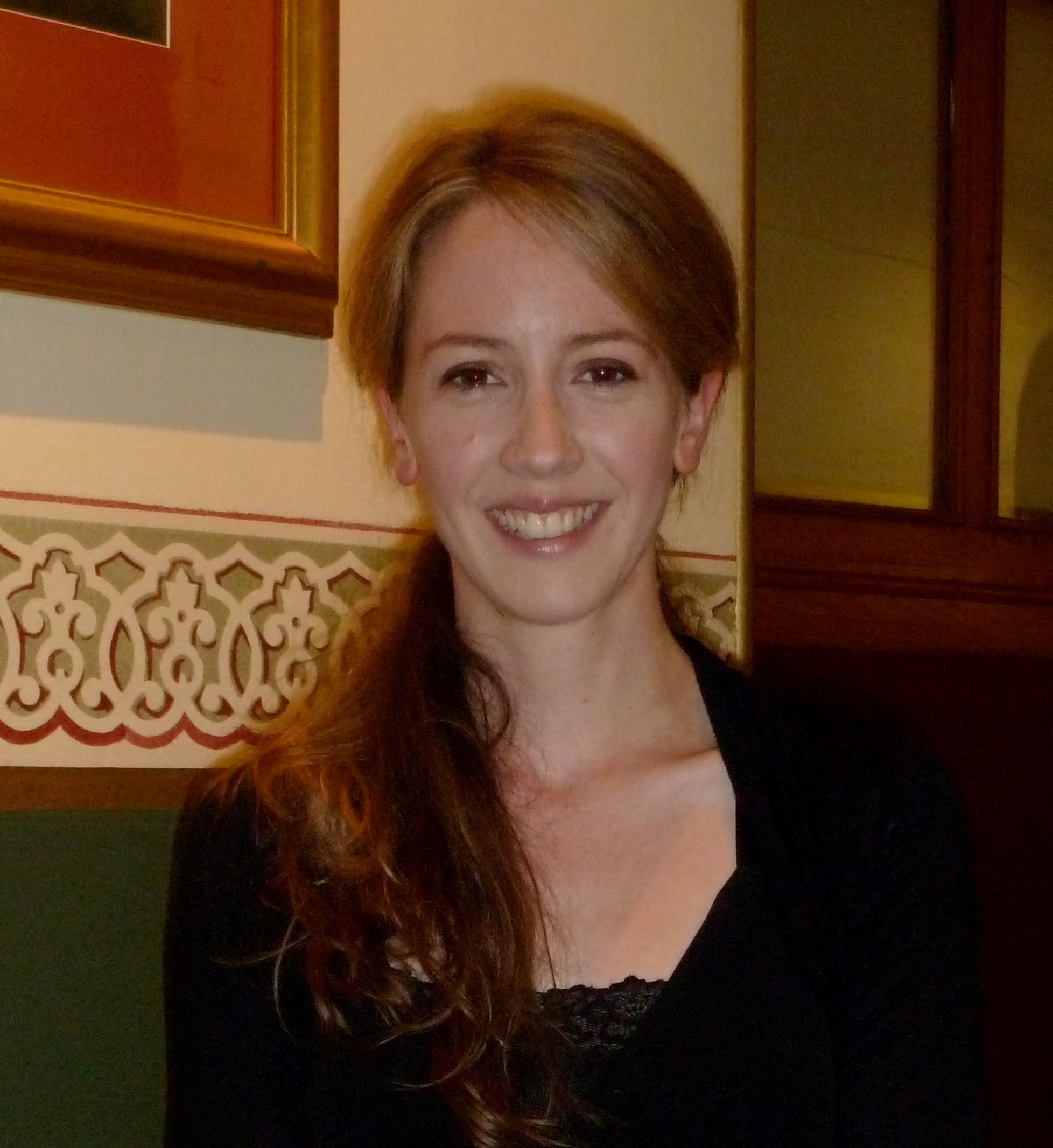 “Working with Vasily has always been inspiring, and it has been such a highlight for us to have been able to record our series of streamed concerts with him at the Royal Albert Hall during the pandemic.

Vasily has been patient, good-humoured, and as precise and demanding as the Orchestra has come to expect – we would want nothing less.

Belshazzar’s Feast is a particular favourite of mine – to perform it for the RPO’s 75th Anniversary Concert on 21 September at the Royal Albert Hall, with Vasily at the helm, will be a triumphant celebration of the return of live music to our concert halls.” 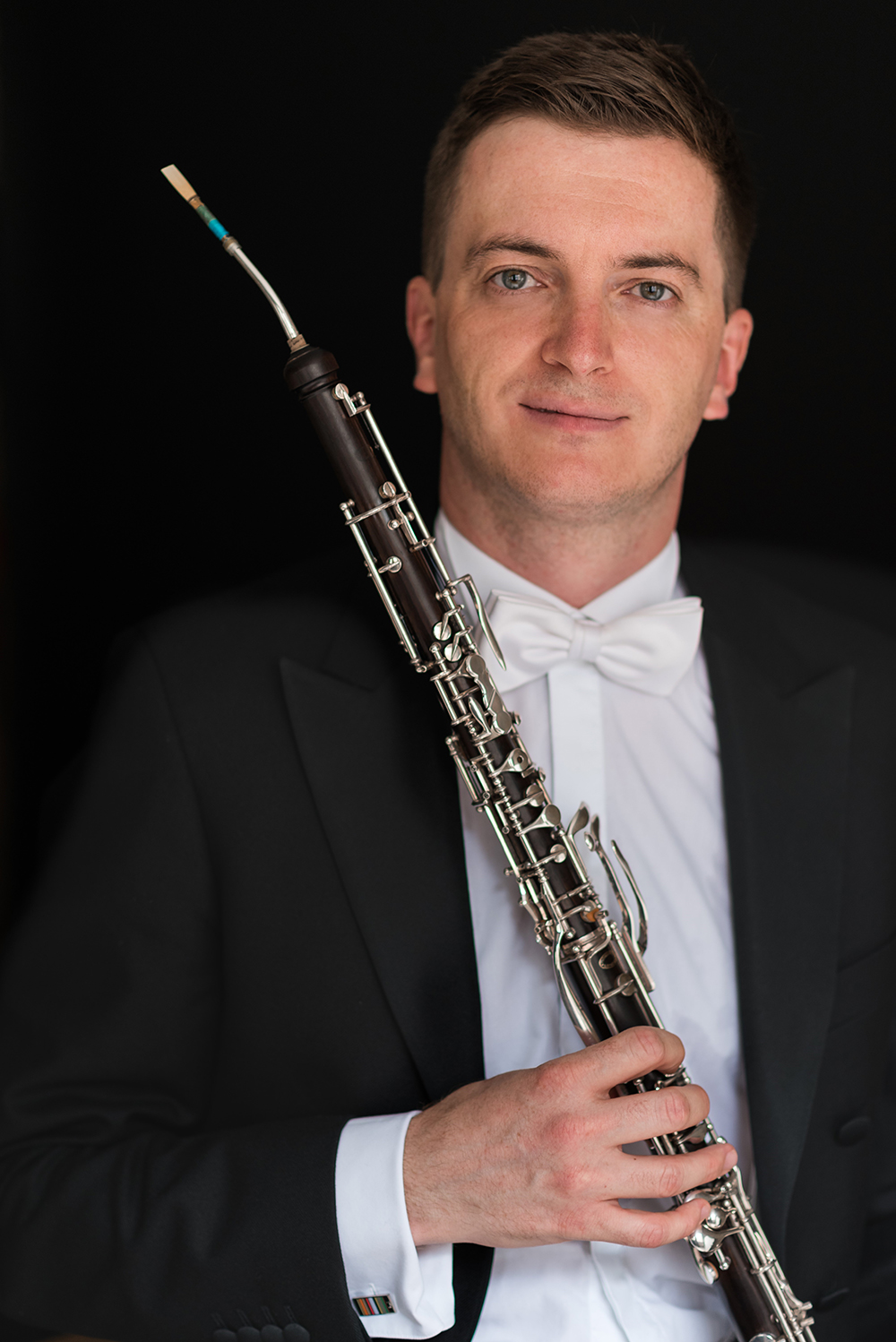 “My first experience of working with Vasily was in June 2019 when we performed Richard Strauss’ Ein Heldenleben. From a personal point of view, I had not yet worked with him and there was a certain element of fear and excitement as this was going to be the next seven years of my life and I wondered ‘would I enjoy working with him?’ Luckily, from the very first chord, I felt his tenure at the RPO couldn’t start soon enough!

I felt incredibly lucky to be working with Vasily during COVID. The opportunity to make music with him and with my colleagues during these turbulent times was a real privilege. Playing to an empty Royal Albert Hall could have been challenging, but everyone really pulled together to create some wonderful concerts. The biggest positive to take from all of this was that we got to continue working with Vasily, building our relationship with him.

I’m personally looking most forward to performing Stravinsky’s Petrushka with Vasily at the Royal Festival Hall on 3 November. It is one of my favourite works and I cannot wait to see and hear his take on this piece. It will also be our (fingers crossed!) first time back at Hall not socially distanced!”

Vasily Petrenko's first concert as the Royal Philharmonic Orchestra's Music Director will be at the BBC Proms on Wednesday 4 August.

The Great British Music: Freedom, Hope and Adventure series can be viewed below: