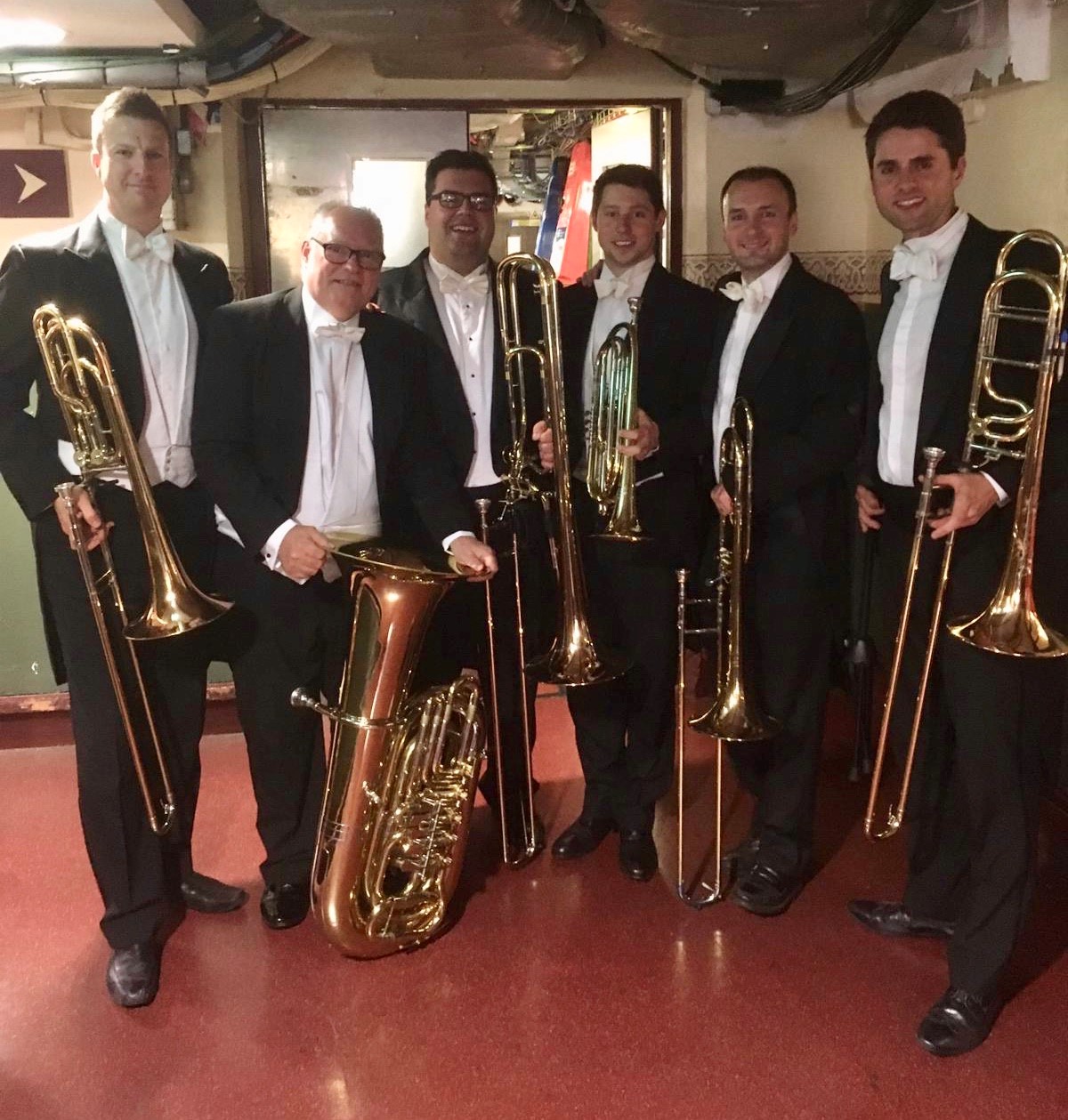 Prom 68: ‘Wagner Night’ was the RPO’s offering in the 2019 BBC Proms series. One of a number of proms commemorating 150 years since the birth of the founder/conductor of the proms, Sir Henry Wood. The programme was a collection of music that Sir Henry would have typically chosen for his concerts: the first half of two overtures and some incidental music, followed by the main event in the second half – highlights from Wagner’s colossal concluding opera from the Ring Cycle, Götterdammerung.

On a personal level, this was a rather special concert for me as it was my first concert as a member of the orchestra. I first worked with the RPO as a freelancer nearly two years ago, before auditioning and trialling for around 10 months, and then being (very kindly) offered the job of Principal Bass Trombone in June this year.

Performing any of Wagner’s music is always a treat for an orchestra, but Götterdammerung is arguably one of his greatest operas; full of excitement, love and tragedy – not to mention the huge orchestral forces amassed on stage. For those watching or listening, you may have seen or heard some rather unusual additions to the orchestra. Alongside utilising a particularly large ‘standard’ symphony orchestra, Wagner also championed the use of instruments that you may not have come across before.

On stage (or in the pit) you will see Wagner Tubas, a Bass Trumpet and a Contrabass trombone. He was the first composer to make extensive use of these instruments and ultimately aided their development and encouraged other composers such as Stravinsky, Strauss and Ligeti to use them in their own works. In the case of the Wagner tubas, he actually helped invent the instrument following a visit to Adolphe Sax’s workshop (the inventor of the Saxophone). Listening carefully, one can notice that these instruments have rather different sounds and enabled Wagner to add a plethora of additional colours to his score.

The Wagner tubas have a very distinct sound – quite haunting and beguiling. Wagner uses them to perform the Valhalla motif. They use the same mouthpiece as a French horn and thus are performed by French horn players, ably led by our 3rd Horn, Phil Woods.

The bass trumpet was another new development in the 19th Century and Wagner uses it to his advantage writing a large number of solos for it throughout The Ring, or often in unison or octaves with the trumpets, trombones or Wagner tubas, creating a wide variety of different colours. RPO trombonist Matthew Knight was heard very capably handling the bass trumpet during the prom!

The contrabass trombone is Wagner’s final addition to the brass section. Wagner gave it quite a specific role as the ‘bass’ instrument for the trombones while the tuba is providing the ‘bass’ for the Wagner tubas. It’s an instrument known for its power and ability to cut through the texture – notably during Siegfried’s death in Götterdammerung but can also play softly with a rich sound in numerous chorale passages with the trombones. During the prom, I played bass trombone for the first half, and then switched to the contrabass for Götterdammerung, joined by the fantastic Dave Vines from the CBSO on bass trombone.

This was a really epic opportunity, due to the sheer size of the forces (and therefore the cost) needed for any part of the Ring Cycle, it is rarely performed even by big opera houses. Thus, it was quite an exciting way to begin my time with the RPO! I’m very much looking forward to the future with my new colleagues and this fantastic orchestra.

The orchestra onstage for the first half of the concert