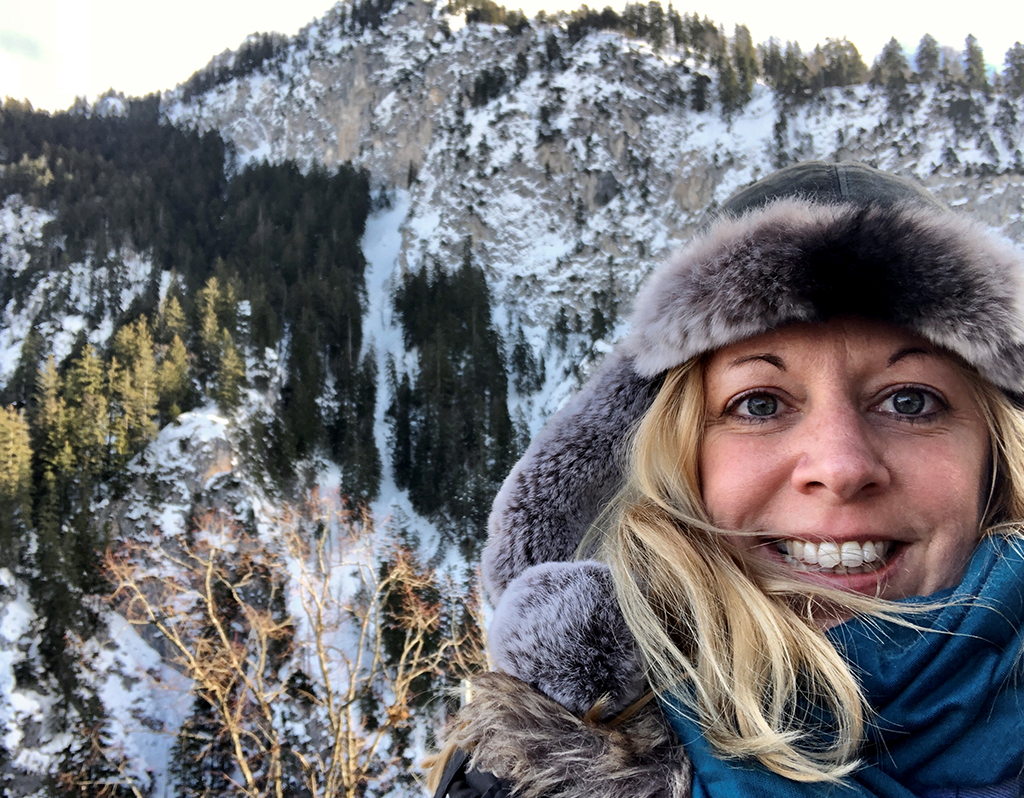 The year has started on a high for the RPO, with a hugely successful two week tour of Germany with conductor Lionel Bringuier. Preceded by an extraordinarily busy festive period, we seem well on the way to upholding our recently bestowed accolade of being the ‘Busiest Orchestra of 2018’ (according to Bachtrack)!

Armed with layers of cosy clothing, hours of netflix downloads and dazzling symphonic repertoire, we began our tour with a brief Austrian encounter with the beautiful Alpine city, Innsbruck. This was a postcard scene of wintry luxury and I hopped straight into a snowy cliche: hot chocolate in the sunshine, snuggled under a sheepskin rug, imagining I was on a swanky skiing retreat. The reality was I would be in a different city every day for two weeks, living out of a suitcase and probably in need of an osteopathy appointment by the end! Having said that, I do enjoy touring - the trick is to maintain a tiny grasp on reality whilst embracing the intensity and challenges of travelling around with over eighty of your colleagues. It takes stamina and the RPO certainly has that, in huge supply. 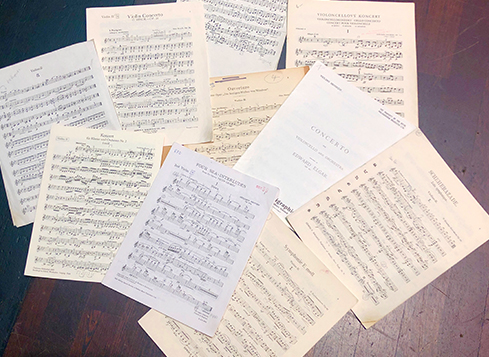 The repertoire for this tour proved to be the perfect vehicle to demonstrate the orchestra’s musical strengths. The sentimentalism and sweeping melodies of Rachmaninov’s Second Symphony, the dark and menacing brass harmonies in Britten’s ‘Four Sea Interludes’ and the highly evocative, beautifully orchestrated Scheherazade - all provided their own challenges and show-stopping moments as we were whisked through eleven concert halls, playing to appreciative and discerning audiences. Sol Gabetta gave six stunning performances of the Elgar Cello Concerto; Arabella Steinbacher, with her characteristic flawless playing, treated us to the Bruch Violin Concerto and we had a one-off appearance at the Berliner Philharmonie from pianist Jan Lisiecki with Chopin’s Second Concerto. Our own Leader, Duncan Riddell was also in the hot seat, with several exquisite renditions of the famous violin solo from Scheherezade. 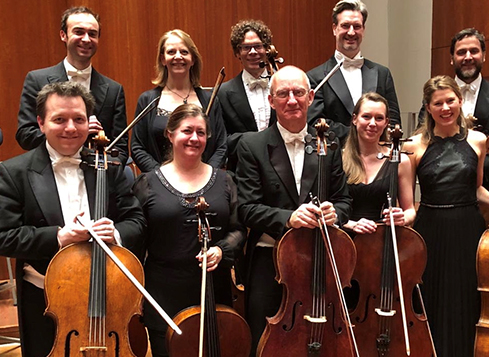 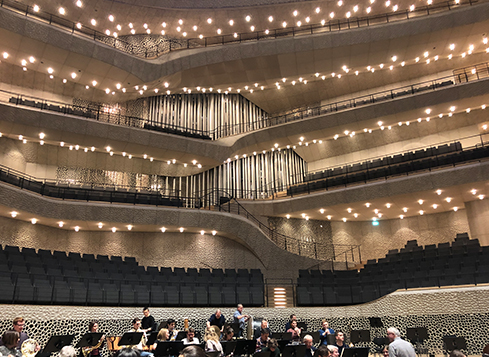 We certainly clocked up the miles in Germany - around 3100 in fact! After Innsbruck we headed to Rosenheim, Mannheim, Stuttgart, Berlin, Hamburg, Friedrichshafen, Freiburg, Berlin, Cologne and Frankfurt and notched up an impressive 39 hours of travelling. 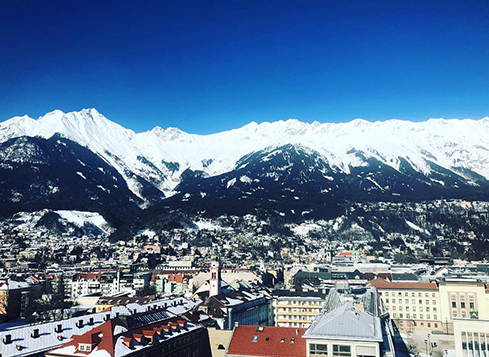 Touring in Germany has become synonymous with playing in exceptional halls, eating too many sausages, portions of apfelstrudel and maybe indulging in the occasional German beer or three! There are a few certainties on an RPO tour and one is that someone will definitely know “the best bierkeller ever” just a few minutes from the hall… often turns out to be a slightly dingy Irish pub but after many years of touring I’ve realised that it’s about who you spend your time with, rather than where. Occasional slots of free time saw an impressive selection of extra-curricular activities, with Salsa dancing, marathon training, chamber music rehearsals and yoga classes being just some of them! I particularly loved being back in Cologne, it’s a favourite of mine and, despite a minor blizzard, I climbed right to the top of the gothic, twin-spired cathedral for an unrivalled view of the city. 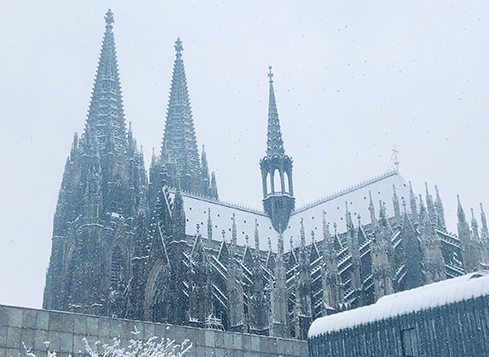 We were spoilt with an array of stunning halls - the Elbphilharmonie in Hamburg was a highlight, with its contemporary architecture and excellent acoustics. The city was also the setting for a rare night off! Musicians are, by nature, quite competitive and at few times is this more apparent than during a free evening on tour. Plans of various feasts and tourist activities were soon afoot and a frenzy of social media posts reached new heights. 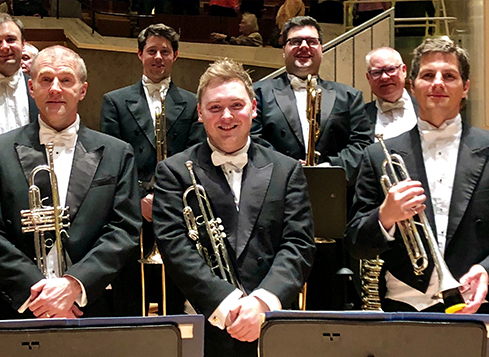 Back home in London and we had one more concert to go at the Royal Festival Hall. As we plunged into the exotic tales of Scheherazade I drifted off and reflected upon the past few weeks of travelling. Familiarity takes on a whole new meaning and for this small period of time we exist in a parallel reality where we get to know everyone’s idiosyncrasies and temperaments. The music brings us together and the thrilling finale of Scheherazade sums up perfectly this epic tale of intrigue, passion, adventure and mystery….not too dissimilar to an RPO tour! 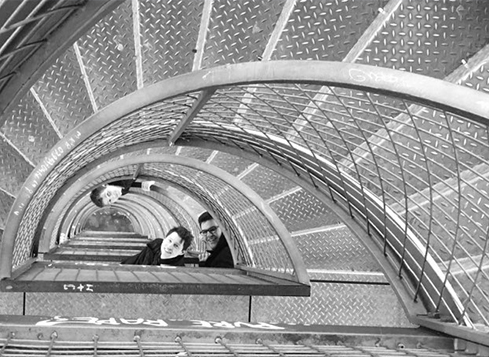 I loved the tour but now we’re back to normality. My flat is covered in scaffolding, it’s cold and miserable, my internet isn’t really working and I think - maybe it is ok to get lost in a touring bubble, just now and again.