Since hearing last year that we were performing the complete Daphnis et Chloé at the BBC Proms, thoughts of it have never been far from my mind. A mixture of excitement and anxiety had been murmuring in my subconscious all this time.

You see, Daphnis et Chloé is the flautist’s "pièce de résistance", containing the pinnacle of orchestral flute solos. This gem occurs inconveniently and exhaustingly late in the second suite and (of course) we were doing the complete work, a Mozart Piano Concerto AND the Pavane by Fauré, meaning an exhibition of all angles of flute playing from beginning to the end of the programme. My main concern was having the stamina to practice, rehearse and also have “lip” during the concert to cope with the technical demands of the entire programme, culminating in “the” Daphnis solo.

In an ideal world I’d approach this size of programme with a no-compromise attitude to practice ...but then life is rarely obligingly ideal, is it? Best laid plans and all that. The reality is I’m usually knackered; I have three kids (aka practice saboteurs) with unnatural amounts of after school football, homework and brotherly spats for me to referee. Time just gallops by, and suddenly I’m one month before the Prom of my dreams, with zero energy and crucially NO childcare because my childminder is ILL. How could she!

The truth is that the hard work was done years ago because, admittedly, I was a flute geek. THANK GOD! Endless repetition of the dizzyingly difficult passages of Daphnis done in grotty college practice rooms, corridors and stairwells. Housemates that were driven demented by scales and arpeggios, every which way at any time of day. Long held notes and tone practice that would try a saint. The endless nitty gritty and humdrum of musical life, day after day, for all us orchestral players. 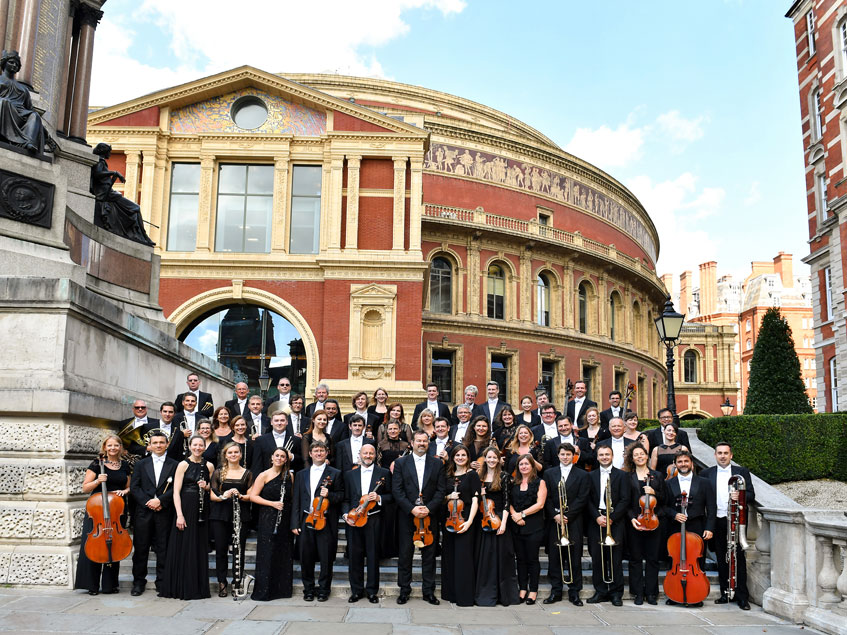 So, fast forward to June 2018 in one weary and defeated moment late at night when I was trying to practice like I had in my youth (albeit my four-year-old was reenacting a hammerhead shark vs gorilla fight scenario which demanded my full attention), when a Leonard Bernstein quote popped up on my phone (honest truth!).

“To achieve great things, two things are needed; a plan, and not quite enough time.”

That was enough inspiration for the final furlong – practice planning was whittled down to absolutely essential passages, achieved by minutes and hours eked out whenever I could, just so I could do myself justice on the night, not let anyone down (composers, audience, colleagues and family) whilst above all enjoying such a wonderful concert and living my musical dream for a few moments. Thank God, I did enjoy it.

So. After the concert I switched on my phone expecting a message or two from the aforementioned blindly biased family listening from Dublin, only to firstly find an email from the school entitled...

Boom. Back to Earth. Nitty-gritty all over again. Fine tooth comb, please!!

What the critics thought...

"This performance [Daphnis et Chloé] had much to admire; there was well-balanced playing and many finely executed solos, most notably from Emer McDonough’s exquisite flute contribution in the “Pantomime”, seducing with impeccable tone and a certain plasticity of phrasing." Bachtrack.

"The woodwinds were eloquent throughout with Emer McDonough’s flute wistful and touching..." Classical Source.