Northampton’s Sir Peter Ellwood CBE DL is to be presented with honorary membership of the Royal Philharmonic Orchestra (RPO) at its next concert at Northampton Royal & Derngate this Sunday, 26 November. Sir Peter will be only the second person to be granted this honour in the Orchestra’s 70-year history; the other honorary member is composer and conductor John Rutter. The award is being given in recognition of Sir Peter’s outstanding contribution to the RPO’s success and development over more than 20 years. Since 1996 he has played several pivotal roles including Non-executive Director, Chairman of the Advisory Council and Chairman of the RPO Trust. 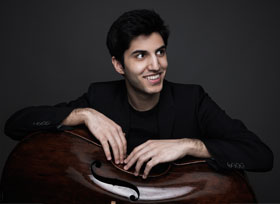 Rave reviews and invitations to perform at the world’s leading concert halls have propelled 25-year-old Kian Soltani from rising star to one of the most exciting musicians of this generation. Now his time has come to perform alongside the Royal Philharmonic Orchestra, as he heads to Kingston’s Rose Theatre on Saturday 3rd Feb and the Leas Cliff Hall in Folkestone on Sunday 4th. Find out why Elgar's Cello Concerto is so special to him and his tips for any nervous classical music newbies. 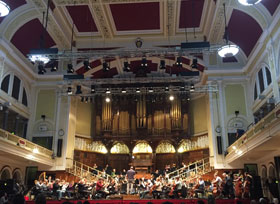 Hull Culture & Leisure and Hull City Council are delighted to announce the continuation of a significant partnership for a further five years with an international orchestra – the Royal Philharmonic – securing their presence in the city until 2024. 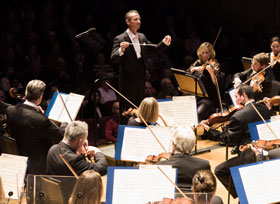 Studying a score is like reading a novel, says conductor Alexander Shelley. ‘You feel the same kind of sense of intimacy with composers and their world, as you do with writers and their narratives.’ It’s an analogy which seems fitting, given the focus of Shelley’s latest concert series with the Royal Philharmonic Orchestra. Launching at Cadogan Hall on November 7, ’Myths and Fairytales,’ explores the ‘beautiful and evocative music that was written to describe stories,’  explains Shelley. As such it’s the perfect way to explore Romantic repertoire: ’The emergence of very descriptive music -  tone poems where you can almost literally hear the story unfolding - really happened during the nineteenth century’. So there’s nowhere better to start, in the opening concert of the series, than with music of the high Romantic Russian School: Tchaikovsky’s Sleeping Beauty suite, Variations on a Rococo theme, along with Rimsky-Korsakov’s Scheherazade,  ‘which chronicles four of the stories of the 1001 nights where Scheherazade evades death by keeping the sultan enthralled by her stories while he falls asleep.’