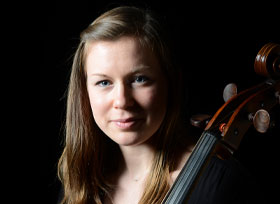 We are delighted to welcome Anna Stuart as our new No. 9 Cello.

Anna began learning the cello at age 7 and went on to attend Junior Academy, where she was a pupil of Penelope Lynex and Ben Davies. At 18, having tried out a number of other instruments with varying success, she decided to make a go of it with the cello and auditioned for the BMus(Hons) course at the RNCM in Manchester, from which she graduated in 2008 under the tutelage of Emma Ferrand. Following a year-long internship in orchestral management, Anna then moved to Düsseldorf to join the class of Gregor Horsch at the Robert Schumann Hochschule, completing her MMus in Orchestral Performance in 2013.

Following media allegations of inappropriate conduct by Charles Dutoit, the Royal Philharmonic Orchestra (RPO) and Charles Dutoit have jointly agreed to release him from his forthcoming concert obligations with the Orchestra for the immediate future.

As a leading international ensemble, the Royal Philharmonic Orchestra is committed to the highest standards of ethical behaviour, which it expects from everyone that works with the RPO. The Orchestra takes very seriously its responsibility to maintain a safe working environment for all its artists, musicians and staff. 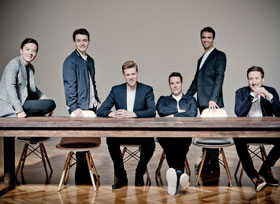 Five thousand miles away in Utah, the King’s Singers are getting excited about two very special concerts they’ll be performing at the Royal Albert Hall in London on 6 December.

“It doesn't get much better than the Albert Hall,” Jonathan Howard, bass, tells me. 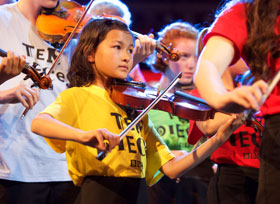 This summer the Royal Philharmonic Orchestra worked with a group of thirty brilliant young musicians from across North Lincolnshire to devise a brand new composition, which they then performed side-by-side with the full symphony orchestra the Royal Albert Hall for the BBC Proms.

Having performed their piece to a packed audience at the iconic London concert hall and to many more listeners via a live BBC Radio 3 broadcast the young musicians couldn’t wait to bring their piece, The Faces of Brahma, to their home-town of Scunthorpe in North Lincolnshire for its regional premiere.