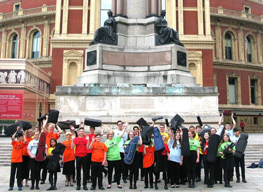 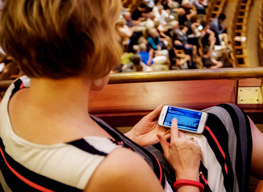 Classical music-lovers are not famous for their tolerance of distractions during a concert.

Anyone who has been tutted at for turning the pages of their programme too loudly may be permitted a wry smile at news of the latest innovation: an app which texts notes straight to ticket-holders’ phones. 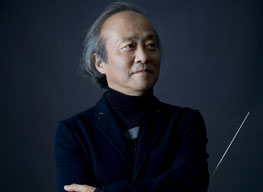 Elgar’s Froissart Overture was his first score for orchestra, named after Froissart’s chronicles of the middle ages and headed by a line from Keats: “When chivalry lifted up her lance on high”. The Royal Philharmonic Orchestra strings launched into its opening with fire and precision, and the faster sections could not have been more chivalric if Tadaaki Otaka had conducted in full armour waving Excalibur.