'The country’s most revered concert venue is leading the way to a future of classical music that features the crescendos of computer games and the bass of Bollywood, as well as the majesty of Mahler. 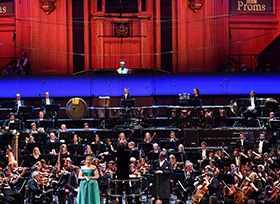 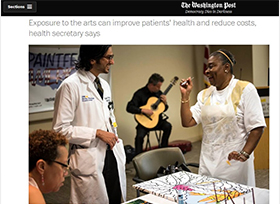 "What if you were ill and instead of — or along with — a prescription for a pharmaceutical drug, your doctor wrote a prescription for a music, dance or painting class?"  Is the question posed in Tara Bahrampour's article in The Washington Post on 22 January.  She goes on to mention the RPO's work in relation to our pioneering STROKESTRA programme.

Doctors in Britain may soon start prescribing such activities for a range of illnesses, according to a plan recently announced by British Health Secretary Matt Hancock.

In a speech in November at the King’s Fund think tank, Hancock decried overmedication and said he plans to create a national academy “to be the champion of and build the research base for and set out the benefits of social prescribing across the board, from the arts to physical exercise to nutritional advice and community classes.”

Describing a project in which the Royal Philharmonic Orchestra worked with people after they’d had a stroke, Hancock said that “through learning to play instruments, trying conducting and eventually performing as a part of an orchestra, nearly 90% of stroke patients felt better physically with fewer dizzy spells, epileptic seizures, less anxiety, improved sleep, improved concentration and memory.”

Find out more about STROKESTRA 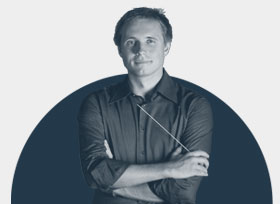 • The Royal Philharmonic Orchestra (RPO) appoints Vasily Petrenko as its new Music Director to lead the Orchestra into its next artistic chapter, strengthening its position as one of the world’s great orchestras in London, across the UK and internationally.

• Expansive role of Music Director recognises the artistic leadership he will bring to the Orchestra, both on and off the podium and within the communities the RPO serves.