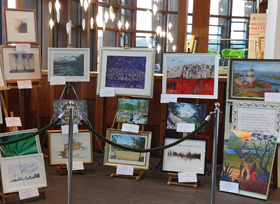 Music can affect us in powerful ways, eliciting emotions and transcending language with rhythms, harmonies and pauses.

In recognition of the unique way that music speaks to us individually, we asked the members of Wendover Arts Club to respond to the repertoire in our upcoming concert in Aylesbury with an exhibition of their work. 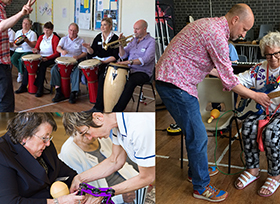 It’s been a busy week in Resound, with three largescale projects running in three residency areas. A project with Northamptonshire Music & Performing Arts Trust has sent a team of musicians to special schools to support pupils devising Mozart-inspired music in preparation for the RPO’s all-Mozart programme at the Royal & Derngate on 17th February. A second Resound team have been supporting 95 young people with additional needs from three Berkshire special schools to explore Aaron Copland’s Hoe Down, in preparation for a side-by-side performance with Berkshire Youth Symphony Orchestra and RPO members at Royal Albert Hall in March. Perhaps most excitingly, though, this week was the official launch of the three-year STROKESTRA programme in Hull, a project that has played an important part in the development of Resound’s health & wellbeing strand and one that is very close to the Orchestra’s hearts. 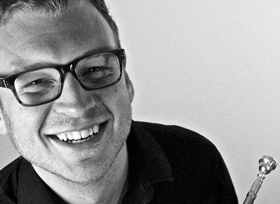 When you think about orchestral music, you think of the great capital cities of the world, the homes of the great concert halls and the cities where the great ensembles have residences. New figures from Royal Philharmonic Orchestra suggest that Bromley also has a cultural claim to fame, standing tall alongside the likes of London, New York, and Berlin.

Bromley has the highest concentration of professional orchestral musicians in Britain per capita. Almost 10% of the 90 members of the Royal Philharmonic Orchestra (RPO) currently live or grew up in Bromley; as well as the Borough also laying claim to its very own symphony orchestra. 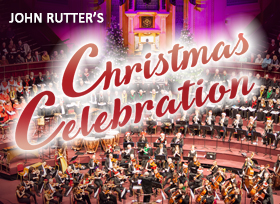 This December we're delighted to share the stage with the nation's most prominent choral composer, John Rutter. Of course, there's no better way to get into the Yuletide spirit than attending John Rutter's popular Christmas Celebration, full of festive fanfares and your favoiurite sing-along carols!

We caught up with John between busy rehearsals to ask him some quick questions about the concert and why this is a Christmas tradition that must not be missed!