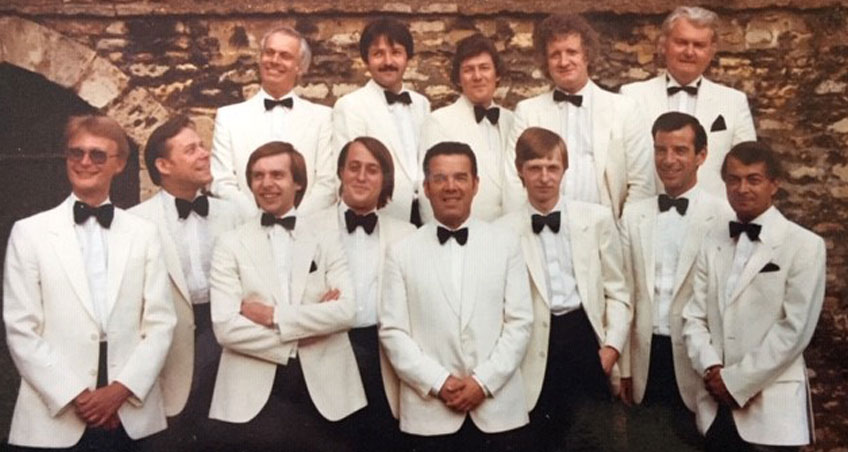 We were very lucky to have commenced our time at the RPO under the baton of Antal Doráti, a conductor who nobody could fail to respect, admire and slightly fear. It was often down to Barry to calm the maestro after one of his frequent outbursts! Fortunately, Doráti did mellow as he became older.

There then followed a wonderful musical collaboration with Yuri Temirkanov and it was clear from the very beginning that here was a conductor that Barry really adored and respected. Of course, as a Russian, one of Temirkanov’s great interpretations is of Rimsky-Korsakov’s Scheherazade and this gave Barry his opportunity to shine, as he did magnificently.

Another endearing quality of Barry’s was that he was really concerned about being part of the identity of the Orchestra, even to the extent that shortly after getting the job, when a famous session fixer (Sid Sax) called Barry to offer him some lucrative film sessions, Barry simply replied: ‘I have a job leading the Royal Philharmonic Orchestra, why would I want to work for you?’ Needless to say, he wasn’t called again.

As a Leader, Barry’s knowledge of the orchestral score was extraordinary. We always felt that he was listening to every individual and if it wasn’t good enough, he’d tell you. On many occasions, he would even feel the need to point the conductor in the right direction!

Barry was also a very capable pianist and possessed that enviable ability to play by ear, something many of us enjoyed whilst relaxing after a concert on tour. If the hotel bar had an unlocked piano, Barry would be there to entertain us, with a glass of red wine too. If there wasn’t a piano, then Barry would most likely be found playing poker with his friends, often until quite late, but no matter what, he was always up in time to leave. He never missed a coach and was always there.

In fact, being ‘always there’ was something extraordinary about Barry. Apart from a little time off for his annual family holidays and Christmas, he was always there and this made him the face of the RPO. The only time I remember him being late for a rehearsal was at an out of town engagement when he turned up at the car park to find no reserved space. When he protested to the attendant that he was the Leader of the RPO, the parking attendant simply replied: ‘Well I’m the leader of this car park and you’re not parking here.’

Barry will be remembered fondly by many, certainly by me.