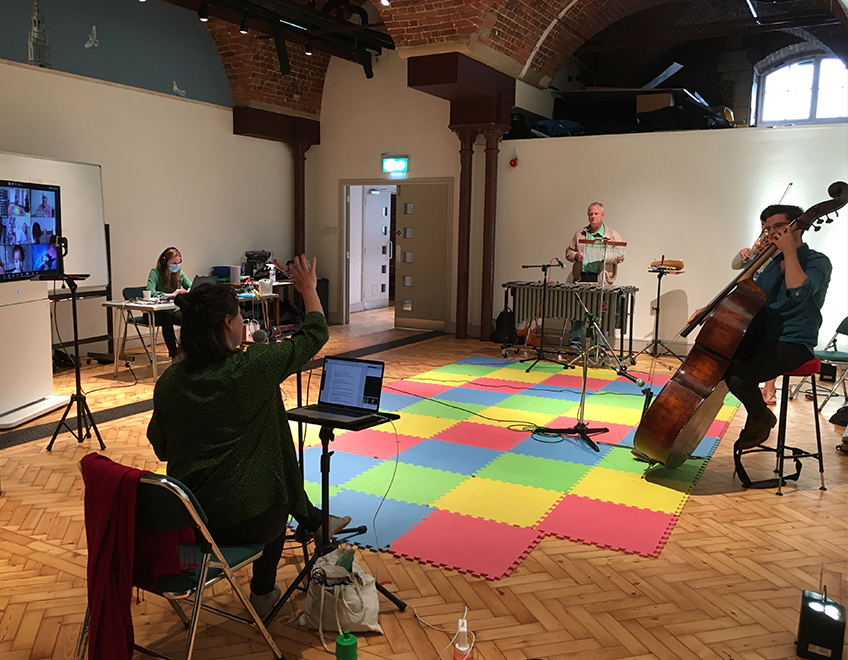 Last Wednesday, 15 July, turned out to be a rather unusual but significant day for me. Myself and two fellow members of the Royal Philharmonic Orchestra - Sali-Wyn Ryan and Gerald Kirby - came together to perform, live, in the crypt of St. James’ Church, Clerkenwell. One might be perplexed at the suggestion of this being ‘odd’, the RPO has certainly performed in stranger settings. This, however, was the first piece of live music to an audience I’d made with other musicians since the country was first forced to close its doors in March. Furthermore, an audience? Indoors? Yes - brought to us by everyone’s recent favourite method of connection: Zoom!

Last week’s meeting was a pilot of the RPO Resound team’s new offer of bringing interactive musical experiences to online participants. Collaborating with the wonderful members of Pimlico Toy Library, Sali, Gerald and I performed a selection of creative pieces to musically illustrate a story directed by workshop leader Natasha Zielazinski with ideas and input from local families.

After an enormous amount of setting up orchestrated by Lisa and Ruth from the Resound team, we were ready. One by one, the giant screen in front of us began to fill up with the expectant smiling faces of participating children and their families - one young girl even producing a violin to join in herself! After a short intro and warm-up lead by Natasha we began our musical tale - the journey of a cricket, wandering through the forest, trying to make friends with various other insects on its travels. I never thought the first applause I’d hear after four months of lockdown would be for my interpretation on the double bass of what a snail sounds like munching through an apple - but I’ll certainly never forget it. Everyone was treated to sterling performances from our bumblebee - Sali on the violin - and the glorious butterfly - Gerald on percussion, and there were some fantastic on-screen dance moves from everyone joining in with the cricket grooving along through the forest. Despite the unusual setting, there was plenty of entertaining interaction by all involved. 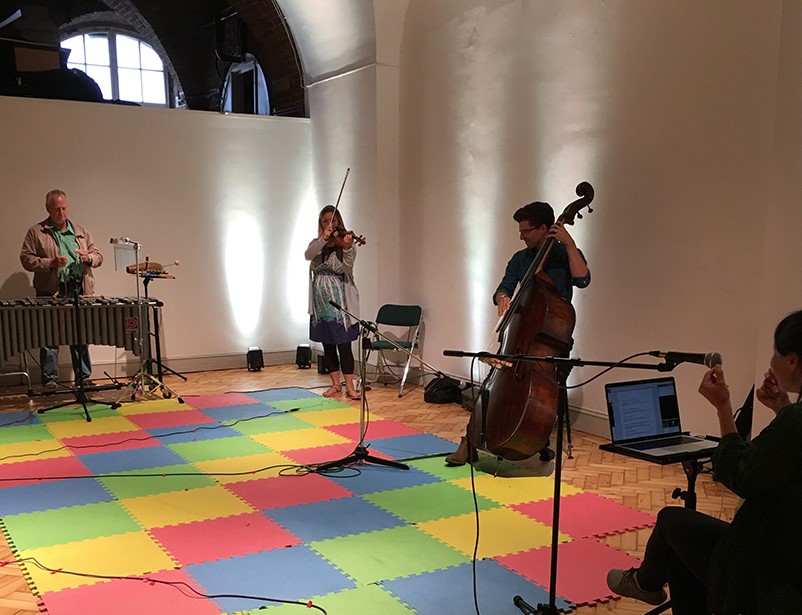 It’s been suggested that these strange times have brought about innovation and a rethinking of what used to be the most routine of activities. I hadn’t quite appreciated that until seeing this come together, or just how alien it would be. From walking indoors having donned my face covering and being greeted by an anti-bac dispenser, to continuing into a room to see the meticulous measuring of distances from every chair, deeming the room ‘safe’ for us to perform in. During the performance, seeing the faces of the audience you want to interact with but directing yourself towards a camera lens elsewhere in the room. And of course, the furious on-the-fly Zoom and technical admin being performed behind the scenes to keep the session running as smoothly as possible. Far different from what we all remember but after all of it, being able to successfully bring live music back again to such eager listeners was an incredibly rewarding day and hopefully the first of many to come!

For further information about our upcoming family music workshops in partnership with Pimlico Toy Library, visit the What’s On section of our website here.