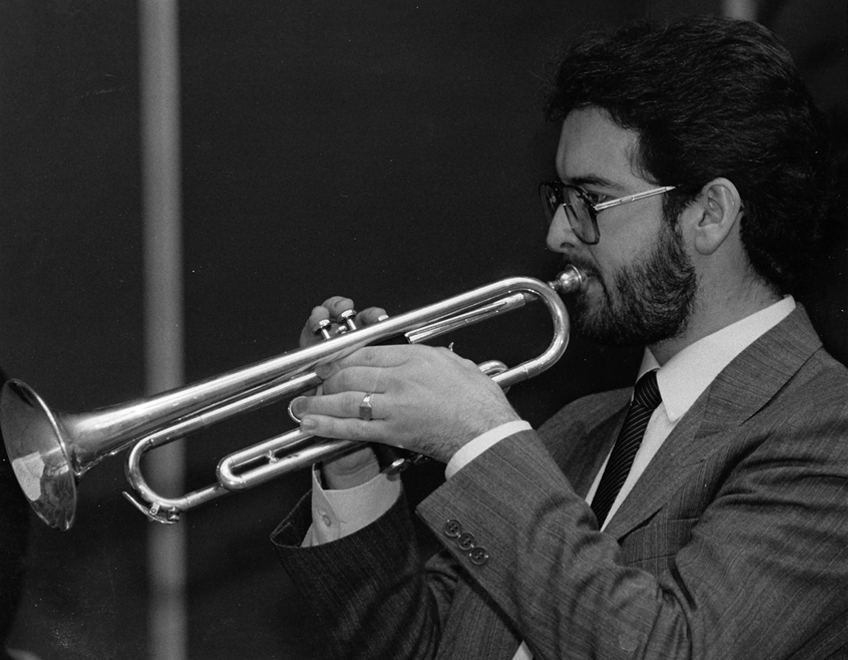 “It is hard to believe that the brilliant trumpet player Ian Balmain has recently died. Such a wonderful musician. Ian brought not only his great technical skills to the RPO but also his warm and welcoming personality. Always so professional and easy to work with, loved by conductors and players alike. He played with such bravado and excitement, and also with a wonderful lyricism that could melt any heart.

I am so lucky to have had the privilege of making wonderful music with him. A great loss.”

“When Ian Balmain came down to London from Liverpool he already had the reputation for being one of leading trumpet players in the country.

Could he really be as good as all that?  We didn't have to wait too long to find out as Mahler 5 at the BBC Proms with principal conductor Daniele Gatti was fast approaching. In the interval of the concert, Ian could be seen chatting calmly with his fellow RPO trumpeters Brian Thomson and Dave Carstairs. Well he's very laid back! Of course, Ian knew what he was doing and from the opening notes of the Mahler, his seamless and sublimely controlled playing thrilled us all.

Ian was always a very benign and genial presence and a great loss to the RPO when he left for Covent Garden, his stay at the RPO was all too brief, but he will always be remembered with great affection as a very, very fine player indeed and, just as importantly a very nice bloke!”

“My memories of Ian are of a most genial man with an ever present smile but foremost of a fantastic musician. Ian made a sound on the trumpet which was of the highest quality. During Daniele Gatti's tenure as Artistic Director we both recorded and gave many excellent performances of various Mahler symphonies but the standout performances for me were the Fifth Symphony and in particular Ian's playing of the incredibly difficult and nerve-raking trumpet part. On one particular North America tour with Daniele (I'm not sure which one now but 2000 or 2004, I think) we played the symphony 10 or 11 times which must have been so demanding for Ian but his splendid musicianship and talent shone through every time.”

“Ian Balmain will be remembered as one of the most outstanding trumpeters of his time, and was the most modest, generous, and unassuming individual you could possibly meet.

His beautiful sound and musicality always shone through the Orchestra and his warm, caring personality, wicked sense of humour, and friendliness made him popular wherever he went.

It was a joy and a privilege to be part of the RPO brass section under Ian’s leadership­ – the concerts were amazing as was the camaraderie.

Ian’s playing was inspirational for everyone. He had the exceptional ability of being able to turn the performance into something special, grabbing everyone’s attention, and thrilling the audience and Orchestra alike, with his exciting and soaring sound. The Mahler Symphonies, Proms, Gatti tours of the USA and Europe – the happiest of times for us all. He will be sorely missed.”