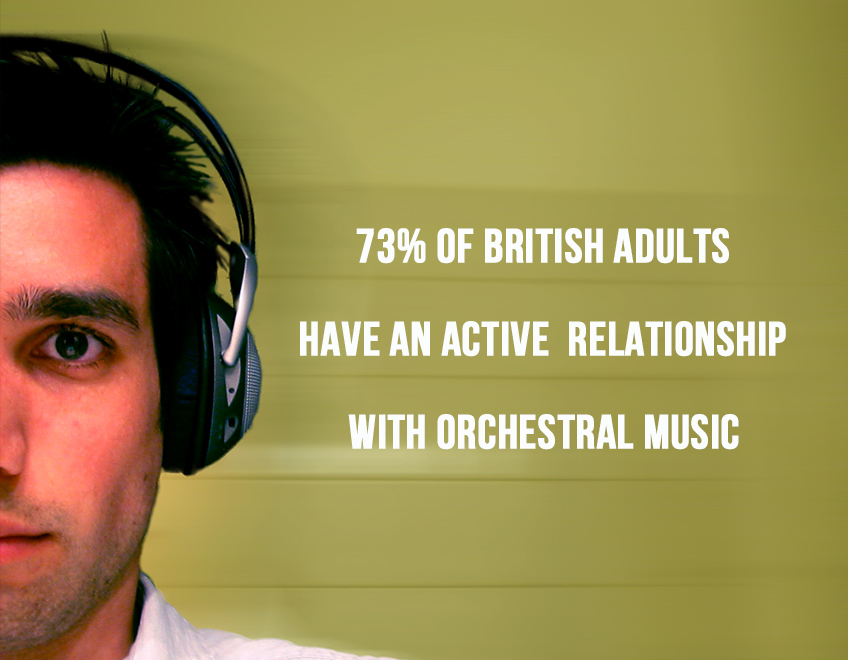 Almost three quarters (73%) of British adults have an active relationship with orchestral music – from going to concerts, streaming music online to learning an instrument – according to new research by the Royal Philharmonic Orchestra (RPO). However, amongst those under 25, the proportion rose to 83%, dispelling notions that orchestras are the preserve of older people.

The advent of new media is clearly playing an important role. Almost half of the young people polled (46%) listened to orchestral music on streaming platforms such as Spotify or YouTube, making it the most common way younger people were engaging with orchestral music. By comparison, this was three times greater than the proportion of over 65s.

The research follows news that both BBC Radio 3 and Classic FM saw significant increases in audience numbers in the past year, with the latter increasing its younger audience by 59,000 (aged 10-24). The RPO research shows that, nationally, more than a third of adults enjoy listening to orchestral music on the radio (35%).

Beyond digital and broadcast media, the live experience was a cornerstone of young people’s engagement with orchestral music, with a quarter (24%) of under 25s saying they attended a concert from time to time – slightly higher than the average of 21% across all ages.

The results also showed that beyond merely listening to orchestral music, this age group was more curious and had taken steps to learn more about the genre. Under 25s were almost twice as likely as the national average to be learning or have learnt a musical instrument (22% vs 12%), while one in eight (12%) consider themselves to have a ‘good knowledge’ of the genre having studied music in some way (5% national average).

Ways in which people are engaging with Orchestral Music

James Williams, Managing Director at the Royal Philharmonic Orchestra commented: “In 2020, it is easier than it ever has been to access and enjoy a wide range of music. In many ways, as people stumble across the vast expanse of all music, it’s no surprise that some of the greatest music ever written will start to feature on people’s playlists – whatever their age.

“Technology is playing a huge role in shaping the future of how people engage with orchestral music. At the Royal Philharmonic Orchestra, we see it as an essential role to respond to this change and to evolve and develop – be it through online content to programme notes that appear live on your phone. Indeed, last year we reached around 17m people worldwide through Spotify alone, and these numbers continue to grow each year.

“Without doubt, however, the core element of orchestral music is  - and will always be - the live performance. It’s an experience that has stood the test of over 400 years and the diversity of our touring and concert programming today allows the RPO to connect with the broadest possible audience and to enrich lives through the excitement, beauty and drama of live concert performances.”