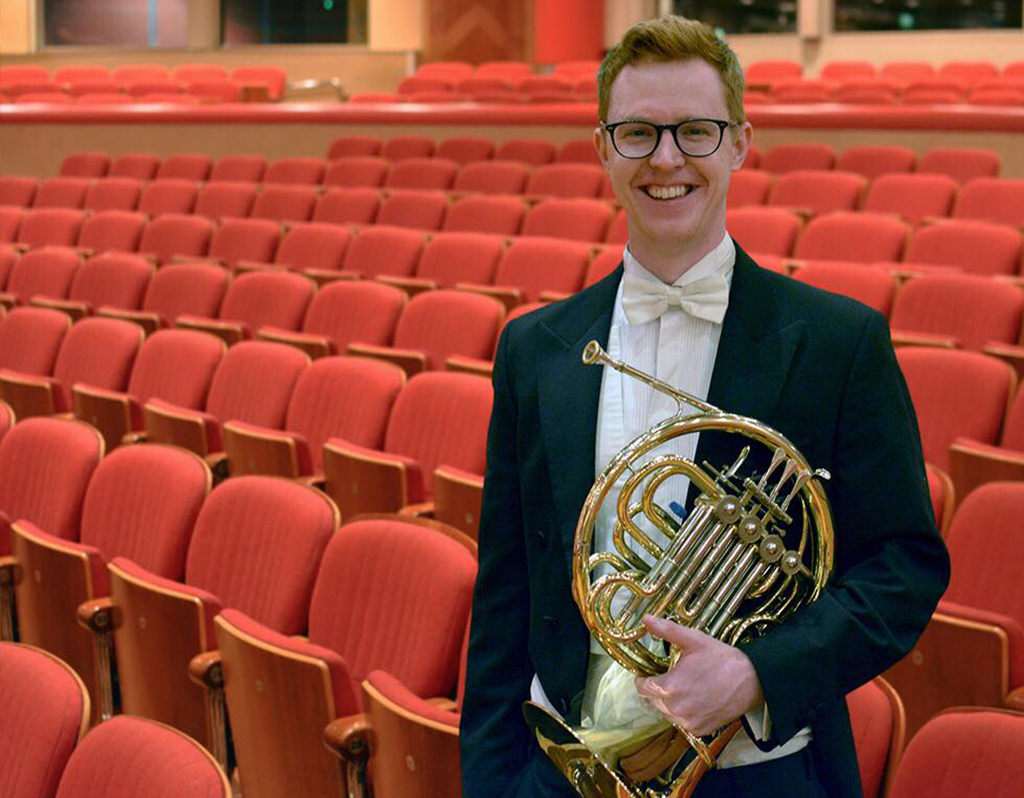 This month we welcome Finlay Bain, who joins the Orchestra as 4th Horn.

Finlay Bain began his musical training as a choral scholar at St. Paul's Cathedral, where he started learning the French Horn aged 11. He was then awarded a music scholarship to Hampton School where he studied the horn with Richard Kennedy. In his last few years of school, Finlay was a member of the National Youth Orchestra of Great Britain, and in 2010 was a Brass Finalist in the BBC Young Musician of the Year competition.

In 2010, Finlay started at the Royal College of Music as a Foundation Scholar where he studied with Simon Rayner, John Ryan, Jeffrey Bryant and Roger Montgomery (natural horn), and then in 2014 at the Guildhall School of Music and Drama as a Leverhulme Trust scholar with David Pyatt, Chris Parkes, Richard Bissill and Alec Frank-Gemmill. During this time Finlay was a member of the Gustav Mahler Jugendorchester and the European Union Youth Orchestra.