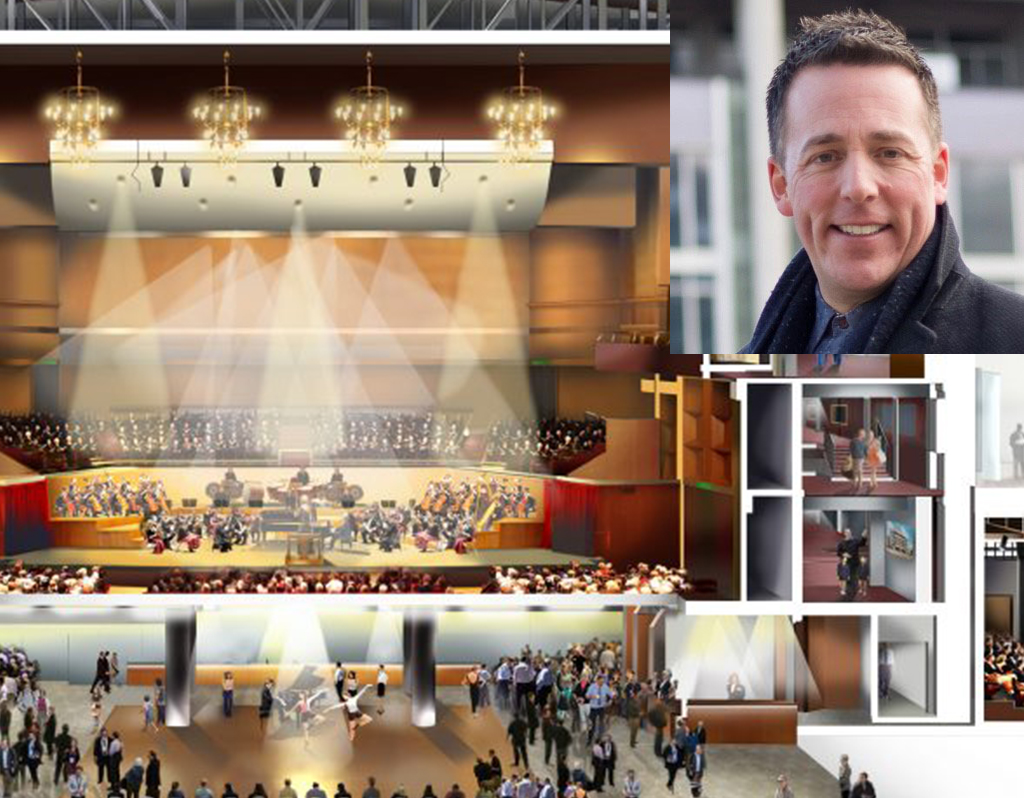 “Our ambition for the refurbished Fairfield Halls is to attract an audience that will develop and sustain the future of Croydon’s musical and theatrical life, and the key to that will be making local people feel involved,” he says.

On that point, he’s full of praise for the RPO’s community outreach work. The orchestra, named Fairfield Hall’s Orchestra in Partnership, will find fertile ground in Croydon. Of the 2.1 million people living in the town and the surrounding area, 6% have been, or go to, classical concerts. This compares favourably with a nationwide figure of 8%. The point is, there’s an appetite for classical music, or at least a desire to discover it, in and around Croydon that, with the help of the RPO, Chandler and his team at the refurbished Fairfield Halls aim to satisfy. One thing’s for sure: they have the right tool for the job.

“Our concert hall’s acoustic is world-class,” says Chandler. “The 1,800-seat venue is famous for it. Its refurbishment means that classical music audiences in London and the South East once again have a world-class concert hall on their doorstep.”

In addition to the concert hall, audiences at Fairfield Halls will be served by a choir room where groups can rehearse and a large, live music space big enough to accommodate a standing audience of 700. Meanwhile, local piano retailer Phoenix Pianos has supplied a range of instruments to the venue from where it will launch the Phoenix Piano Academy open to pianists at Grade 6 standard and above. A Yamaha Music School will serve younger pianists.

“Croydon has a young population and we want to work with Croydon Schools Music Association and others to provide a home for teaching, not just the piano but other instruments, too,” says Chandler.

Meanwhile, he’s keen to explain that the refurbishment of Fairfield Halls has been heritage-led, by which he means where possible, much of the building and, more specifically, the concert hall has been returned to its original splendour. As a result, the hall’s famous acoustics have emerged from all the sawing, drilling, hammering, painting and re-trimming intact if not enhanced.

“No money had been spent on the concert hall since it was opened in 1962, so there was much to do, “ he says. “But rather than ripping out everything and giving it a contemporary look, we wanted the hall to stay faithful to its original design and conception.”

As a result, it has been restored to its bright, 1962 colours, its original wood-lined platform and choir stalls remain in place and it's eight, magnificent and now restored chandeliers hang confidently from the ceiling. The seats are original but have been restored and retrimmed, and the organ, which was kept out of harm’s way at the premises of organ builders Harrison & Harrison, has been returned to its rightful place. A fund-raising scheme will be launched to finance its refurbishment.

It’s clear that audiences present at the RPO’s concerts that will mark the new season of the refurbished Fairfield Halls and which include John Rutter’s Christmas Celebration on 1 December and The Great Romantics, featuring Brahms’ Double Concerto, on 22 February, are in for a very special treat.

“We have one chance to reopen the building,” says Chandler. “We’ve planned a genuinely aspirational and inspirational programme of classical music performed by some of the world’s greatest musicians, not least the members of the Royal Philharmonic Orchestra, to ensure it goes well.

“All I can say is, come one, come all, and see and hear for yourself just what a world-class concert hall we have here in Croydon. I promise you won't be disappointed.”