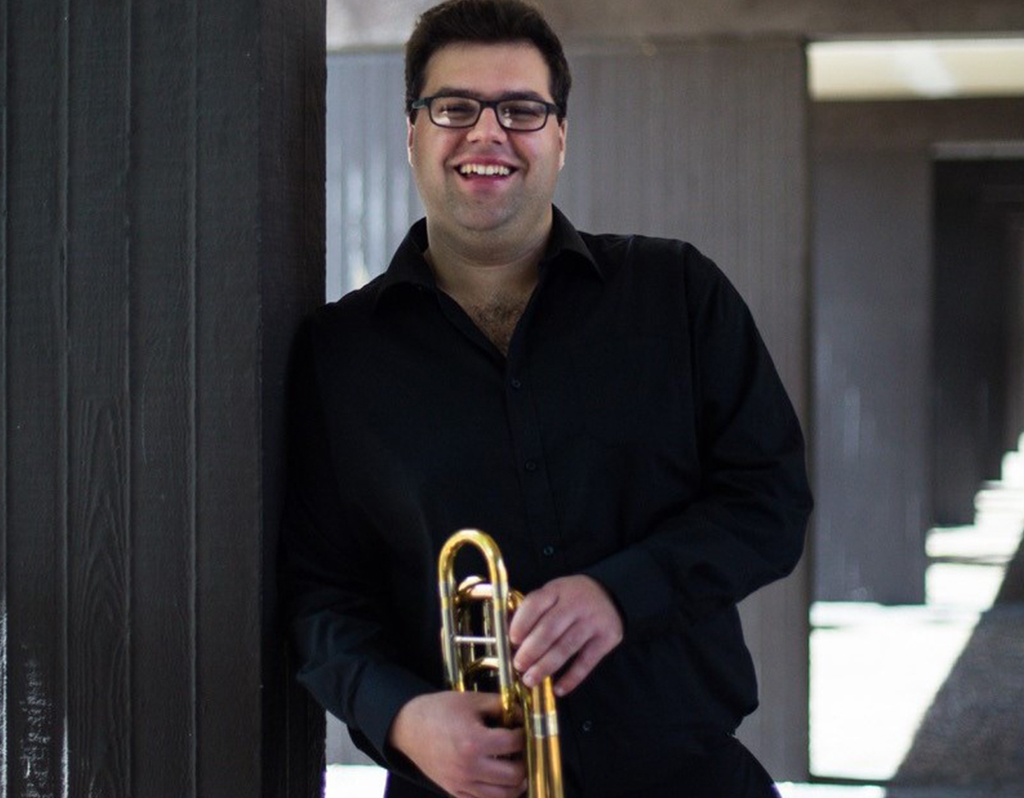 Josh studied at the Royal Northern College of Music and the Royal Academy of Music where he was taught by James Garlic, Adrian Morris, Christian Jones, Bob Hughes and Keith McNicoll.

As a soloist, in 2014 Josh won both the British Trombone Society ‘Bob Hughes’ and International Trombone Association ‘George Roberts’ Bass Trombone competitions. He was also awarded the ‘Don Lusher’ award for best trombone at the 2014 Brass in Concert championships.

He has performed with most UK orchestras; including the Royal Opera House Covent Garden, Academy of St Martin in the Fields, Aurora Orchestra, BBC Philharmonic, Halle Orchestra, Opera North, Ulster Orchestra and the Royal Liverpool Philharmonic. Further afield, Josh has also worked with orchestras across Europe such as the Orquesta Sinfonica De Galicia (Spain) and was a member of the Gustav Mahler Jugendorchester from 2017-2019.

At the age of the 24, Josh has been appointed as Principal Bass Trombone of the Royal Philharmonic Orchestra, from 7 September 2019, and is thoroughly looking forward to the future!