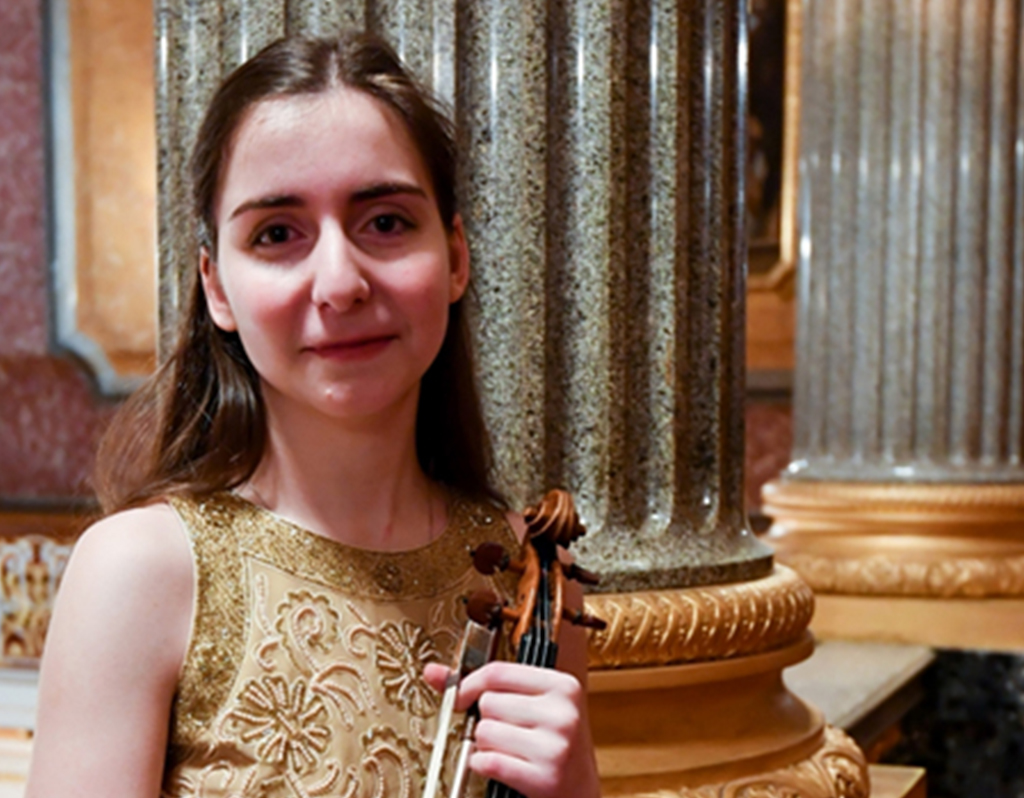 Born in 2000 in Yerevan, into a family of musicians, Diana Adamyan studied at Tchaikovsky School of Music with the distinguished teacher of RA, Prof. Petros Haykazyan and at Yerevan Komitas State Conservatory with Professor Eduard Tadevosyan.

Diana is a member of the “New Names” program of Armenia. Since 2012, she has been under the patronage of the Armenian General Benevolent Union and “YerazArt” organization (Boston, USA).

In 2018 she participated in the Menuhin Competition in Geneva and won the 1st prize in the Senior section. Following this achievement, she received numerous requests to perform in concert with leading orchestras from around the world.

In March she performed at  an RPO Gala Evening at Lancaster House (pictured – photos courtesy of Chris Christodoulou) and in June 2019 she will perform two concerts with the Royal Philharmonic Orchestra in the UK: 4 June Cadogan Hall and 13 June the Hexagon in Reading. Both concerts feature some of the finest pieces in the Russian repertoire, namely:

Read our recent interview with Diana.