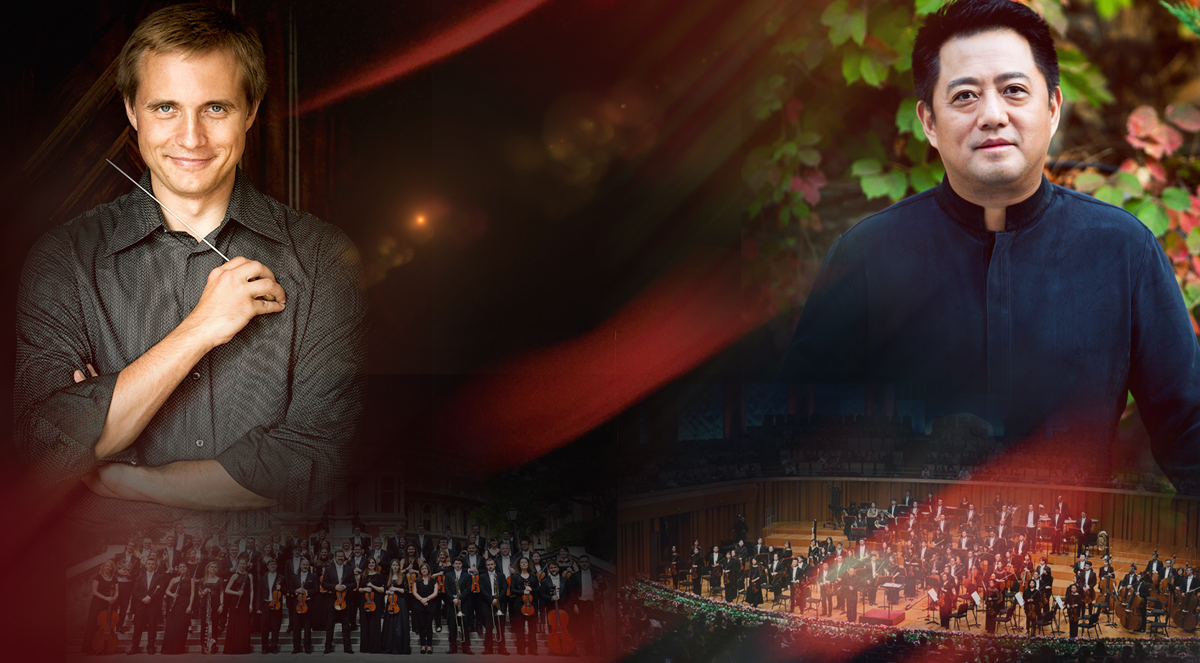 On Saturday 22 May 2021, the Royal Philharmonic Orchestra and China National Centre for the Performing Arts join together for a unique collaborative streamed performance celebrating the friendship between China and the UK.

After seven months of planning and preparation, the concert is an in-depth collaboration, facilitated under the framework of Beijing Forum for Performing Arts (BFPA). As a project of cultural exchange and mutual learning, the two orchestras will each perform one self-selected piece, and one piece to showcase the other’s national culture.

James Williams, Managing Director of the RPO, says that the concert is "an opportunity for cultural exchange and discovery. It is important I believe that this is done not solely through performances of the great symphonic repertoire of the past, but also through the voice of contemporary composers who represent the present."

During creative process, each of the two orchestras came up with a shortlist of contemporary pieces that could represent music of their own country. Audiences from both countries will be able to enjoy a new musical experiencem which demonstrates the cultural openness and trust that underpins the partnership of the two orchestras.

The RPO will perform L’Éloignement by Qigang Chen, and Maurice Ravel’s Mother Goose Suite. China NCPA Orchestra will perform Dani Howard’s Coalescence (China Premiere) and Johannes Brahms’s Symphony No. 3 in F major, Op. 90. The programme is a combination of the East and the West, the classics and the contemporary.

L’Éloignement originates from a well-known Chinese folk song Zou Xi Kou (Out of the West Pass). In 2004, inspired by the folk melody, Qigang Chen composed this work for the string orchestra under the same title, combining Chinese folk music with modern composition techniques.

Chen says, "L’Éloignement expresses one’s complex understanding about leave, transition, hope and expectation during many years away from home. It is full of overseas Chinese’s longing for their home country and their families.” This time, the RPO will perform Chen’s music with their unique perspectives, while following social distancing guildines.

China NCPA Orchestra will perform Coalescence by Dani Howard as a representative of contemporary works from the UK. The composer has communicated her thoughts with LÜ Jia during rehearsal process, contributing actively to the China premiere. The inspiration for Coalescence came from an enormous tree grown into the pavement in central London. The unique style of the composer is evident in the vibrant rhythms, descriptive music vocabulary, and layered acoustic effect. It explores the relations between human and nature.

In addition to the performance Ren Xiaolong, Chief Executive Officer of China NCPA Orchestra and James Williams, Managing Director of the RPO, will join in conversation with LÜ Jia and Vasily Petrenko. The discussion focusing on the creative process for the collaboration, selection of programme and their perspectives on the music. They are joined by composers Qigang Chen and Dani Howard who will share the stories behind their music.

The concert will be streamed on Saturday 22 May at 7:30pm. Visit the RPO's YouTube channel to watch the concert here.