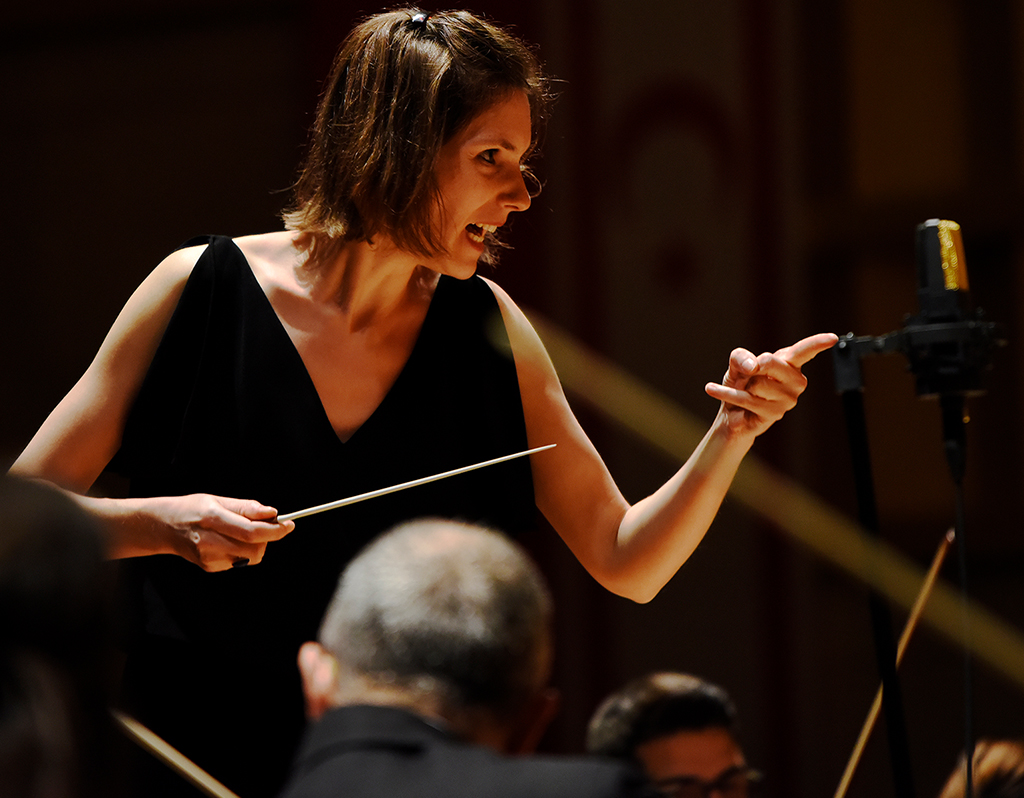 Chloé van Soeterstède completed her conducting studies at the Royal Northern College of Music in 2017. Since then she has conducted the Orchestre National de Lille, Besançon “Victor Hugo” Orchestra, European Union Youth Orchestra, North Cyprus Symphony Orchestra, Southbank Sinfonia, Manchester Camerata and Aurora Orchestra and this year she will be making her debut with the Royal Philharmonic Orchestra.

1. What is the best perk of being a conductor?

Friendship is something that I value a lot, and I have been lucky to be able to maintain friendships in various parts of the world by returning regularly to places through my work as a conductor.

2. For people who are not familiar with Mendelssohn’s ‘Italian’ Symphony No. 4, what should they listen out for?

The character of each movement is incredibly different as well as their sound textures. The first movement offers a lot of energy, even in lyrical themes. Listen out for the constant quavers that are heard at the very start in the winds that get shared and passed on in almost every section! The timpani (percussion) has, to me, a very important role, shaping the whole orchestra. In the second movement, listen out for the funeral march character dictated in the bass line. If you can, try to hear the hidden lovely melody in the flutes on the top of the bass and violin lines. The transparency of this line is divine !! My favourite part of the third movement is the middle one when we hear the fanfare, it gives a sudden boost of character. The last movement is an Italian fast dance (salterello), you can spot its lively character on the very first few bars on the strings, accompanying the theme in the flutes. Around the middle of this movement, try to hear the regular beats in the timpani, reinforced by the horns, trumpets and eventually the double basses. This passage is very powerful!

3. And what can audiences expect from your concerts?

To me, one essential point about concerts is to be transported somewhere. There is never only one destination as we all have different experiences. I wish my audience to live the story-line we will deliver. If I can make people go home and feel 'changed' or 'refreshed', sitting down on their sofas and say 'This was quite something!' even without pointing exactly what happened, I think it is a big win for the orchestra and myself.

4. What is the best feedback you’ve ever received from an audience member?

A man told me he was transported during the concert, that I telling a story musically but also physically. He could hear some hidden voices that made sense that he had never heard before. This is very pleasing to hear as an interpreter.